These areas are deemed hotspots for unrest on Thursday's COSATU national shutdown. 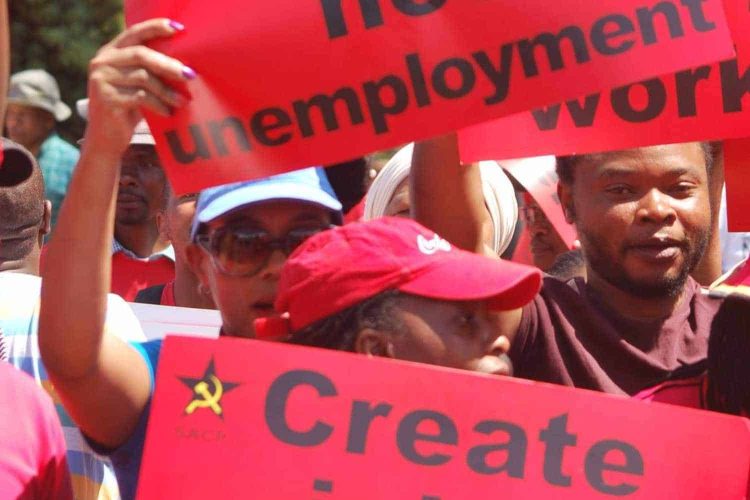 The Congress of South African Trade Unions (COSATU) has commenced with its nationwide shutdown on Thursday and motorists are warned to practice extreme levels of caution on the road.

The trade union is mobilising as many of its 1.8 million member complement as possible to join the call the shutdown that is expected to break out in all nine provinces.

Already, the steel and engineering industries have suffered blows from the ongoing impasse with the National Union of Metalworkers of South Africa (NUMSA). From Thursday, the mining sector could face challenges when scores of workers down tools to join the trade union in calling for the public and private sector to:

In a statement, COSATU confirmed that the shutdown will commence from 28 venues across all nine provinces. Here are the latest updates on road closures and areas that are deemed as no-go zones:

Scores of protesters gathered at the Cape Town CBD on Thursday morning. It’s believed the march will head towards the Civic Centre where a memorandum of demands will be handed over. Motorists are warned to avoid areas surrounding the endpoint of the protest.

#Cosatu Hundreds of people have gathered in Cape Town this morning – members will be marching to the Civic Centre soon. KP pic.twitter.com/MUbHrd8qG3

COSATU protesters were seen picketing outside the Dr Harry Surtie Hospital in Upington, Northern Cape, on Thursday morning. Motorists are advised to avoid routes headed in and out of Turner Street.

Members of the trade union will embark on the COSATU shutdown from Mary Fitzegerald Square, in Johannesburg. A heavy presence of public order police has set up its post near the area. The protesters are expected to led the march to two locations, the Premier’s office as well as the Mineral Council of South Africa.

Motorists are warned to avoid routes in and around the above-mentioned locations.

#Cosatu members gathering ahead of their march in Johannesburg. 🎥: @ThatDudeBeeKay pic.twitter.com/W5I89QeLXj

While things were quiet in the KZN region at the time this article was published, the protest activity is expected to kick off from the corners of Langalibalele and Boshoff Street.