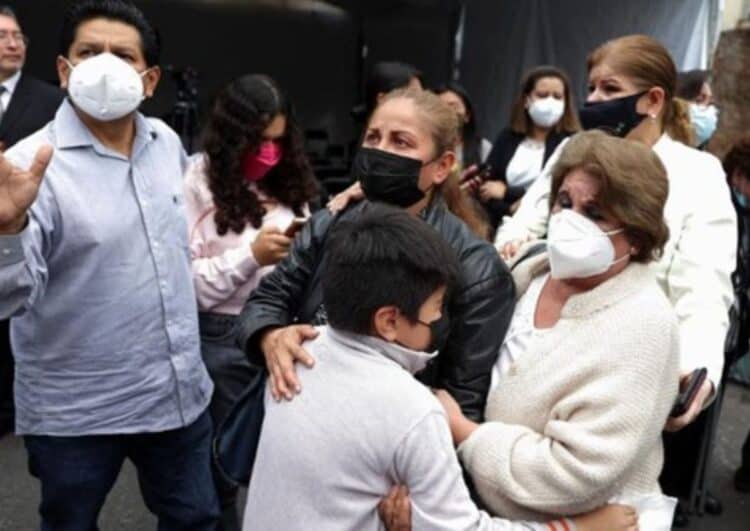 An earthquake of magnitude 5.8 struck the Michoacan region in Mexico on Tuesday, a day after two people were killed in another powerful earthquake.

A magnitude 7.6 earthquake struck western Mexico on Monday on the anniversary of two devastating temblors, killing at least two people, damaging buildings, knocking out power and sending residents of Mexico City scrambling outside for safety.

Authorities reported damage to several hospitals in the western state of Michoacan near the epicentre, which was in a sparsely populated part of Mexico. One person was injured by falling glass at one of the hospitals, the government said.

The quake’s magnitude was initially reported by the US Geological Survey (USGS) as 7.6. Mexico’s national seismological agency later updated the magnitude to 7.7 in a press conference on Monday.

The tremor passed without that level of tragedy, despite heightened fears of a nationwide annual earthquake drill that occurred less than an hour before.

The tsunami alert, which was issued immediately after the earthquake, was revised later in the day as the threat eased.

Authorities said the tsunami threat has “largely passed” with minor sea fluctuations of up to 0.3 metres above and below the normal tide to continue for the next few hours.

Monday’s earthquake struck on the anniversary of two previous earthquakes that caused enormous damage and killed hundreds or thousands of people in 1985 and 2017.

One of the victims died after being crushed by the façade of a department store in the pacific port of Manzanillo, while another person was found dead at a mall.