The apex court ordered that Walus be released on parole within 10 days and the deadline is on Thursday, 1 December 2022. 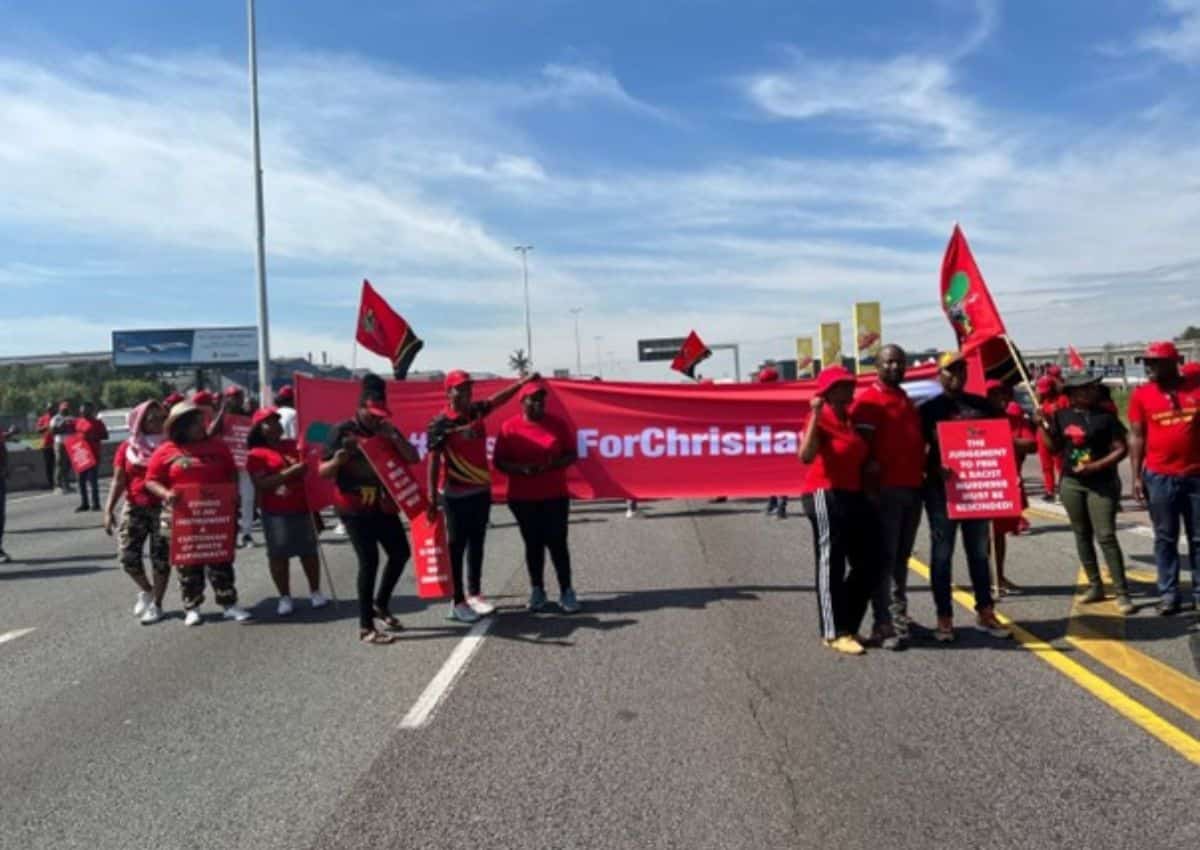 Members of the EFF marching to the Office of the Chief Justice. Photo via Twitter: @Abramjee

Motorists have been urged to avoid using the N1 highway in Midrand, Gauteng as members of the Economic Freedom Fighters (EFF) have blocked the busy road in protest against the parole of Chris Hani’s killer Janusz Walus.

Members of the EFF in Gauteng shutdown N1 from Mall of Africa in Midrand on Thursday morning.

The group were marching to the Office of the Chief Justice to protest the ruling of the Constitutional Court on the release on parole of Walus.

On 21 November, The Constitutional Court ordered that Walus be released on parole within 10 days and the deadline is on Thursday, 1 December 2022.

“We are marching to the chief justice office against the ruling of the conditional calls to release the racist murderer of Chris Hani, so we are going to have a picket at the Chief Justice Office and disrupt traffic there,” said Leigh-AnnMathys, the EFF national spokesperson.

Xolani Fihla, JMPD spokesperson said the protest was not approved and public order police officers have been dispatched to the scene.

“This has caused an inconvenience and frustration for motorists especially those travelling to Pretoria,” Fihla said.

He urged motorists to avoid the N1 in the direction of Pretoria.

“The N1 north in Midrand is currently blocked off due to traffic between the New Road, and R21 Olifantsfontein off-ramp.

“From what we understand, the EFF members are protesting the release of Janusz Walus. JMPD officers have been dispersed, and the situation at the location is intense as the members are slowly marching in the N1 North, traffic is heavily backed up.”

The EFF is not the only party that has taken to the streets in protest against the release of Walus. The Tripartite Alliance (ANC, COSATU and SACP) also marched to Kgosi Mampuru Correctional Facility in Tshwane where Walus was serving his sentence and also declared 1 December as National Chris Hani Day.