Motorists are advised to avoid these routes in Isando, Ekurhuleni. 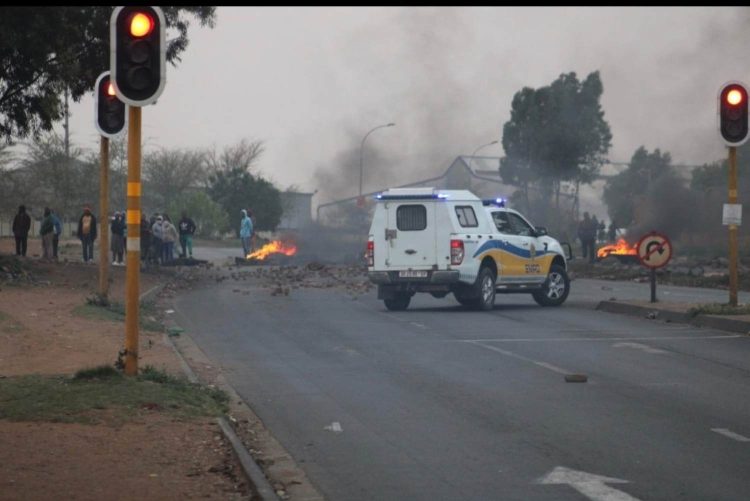 Traffic disruptions were reported in Isando, Ekurhuleni, on Monday, where protesters blocked roads with burned tyres and rubble.

Ekurhuleni protest: Who’s behind the unrest?

Details around the protest action that broke out in the Ekurhuleni town are still sketchy. No formal statement has come out from the organisation leading the unrest.

However, from what we understand, Isando has been rocked by protest action since June 2021. While it’s not yet verified if Monday’s unrest is linked to similar events of the past, it’s believed that recent picketing in the area has been linked to workers’ disgruntlements with Pepkor.

The retail giant has been on a renewal since July’s shutdown riots. Pepkor CEO Leon Lourens revealed in September 2021 that costs to repair damages caused by the violence that ruptured economic hubs in parts of Gauteng and KwaZulu-Natal (KZN) went over R1.3 billion.

Thus far, repair work has been done on many of the stores but about 100 retail outlets need further attention since those properties were either completely burned down or suffered considerable damage.

It’s unclear, at this stage, if the workers’ frustrations are linked, in any way, to Pepkor’s current woes.

Motorists in the Ekurhuleni region found it difficult to navigate through the streets on Monday after key routes were blocked off with burning rubble and tyres.

Thus far, police have not released information on the routes to avoid but from what we understand, Isando Road, as well as Barbara Road, are considered no-go zones.

These roads are where the unrest has been reported on Monday and motorists are advised to avoid them as much as possible.