The municipality warned residents that areas in the northern, western and southern regions of the city would be without power. 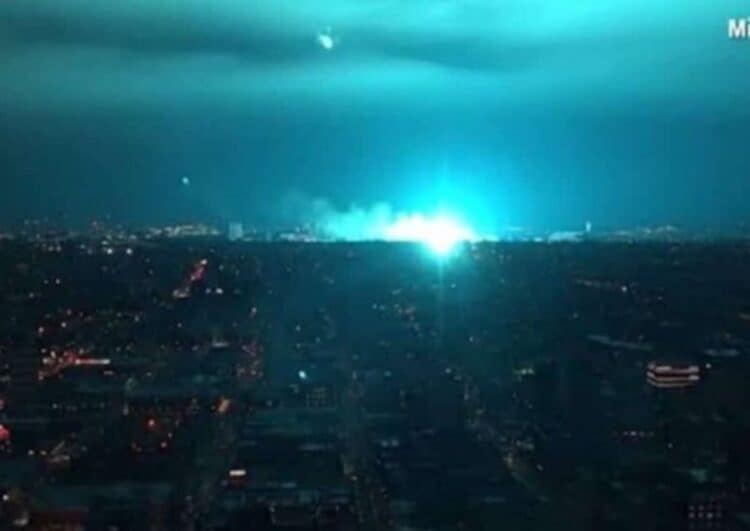 An explosion at the Klaarwater substation explosion causes power outages to some parts of Durban. Photo via Twitter: @matekihlabisa

The eThekwini Municipality said on Tuesday night that an explosion at the 275kv Klaarwater major substation caused widespread power outages to about 50% of the city.

The municipality said the substation was a key supply point to the city from Eskom. Its technicians were investigating and would update the affected communities on progress, the city said.

On its Twitter account, the municipality warned residents that areas in the northern, western and southern regions of the city would be without power.

The municipality went on to plead with locals to switch off unnecessary loads such as aircons and geysers, saying it would help restore supplies without overload trip outs.

“Staff are investigating. We will update when we have confirmed feedback from onsite electrician,” it tweeted.

The Democratic Alliance (DA) in eThekwini said it had received a flurry of reports stating that power has gone off or was fluctuating in many parts of the city.

“We have subsequently been advised by the electricity unit that there has been an explosion at the 275kv Klaarwater major substation which caused widespread power outage in the northern, western, central and southern regions of the city,” said Yogis Govender, DA member of the eThekwini executive committee.

The da said it might take some time to restore power as this is a major outage.

“Affected residents are urged to unplug all major and/or non-essential appliances. We are liaising with officials and senior management. Technicians have been dispatched and we will be monitoring the restoration closely to ensure that it is expedited,” Govender said.