The Western Cape high court full bench has now dismissed Mkhwebane's application and ordered she pays nearly all of the DA's legal costs in the case. 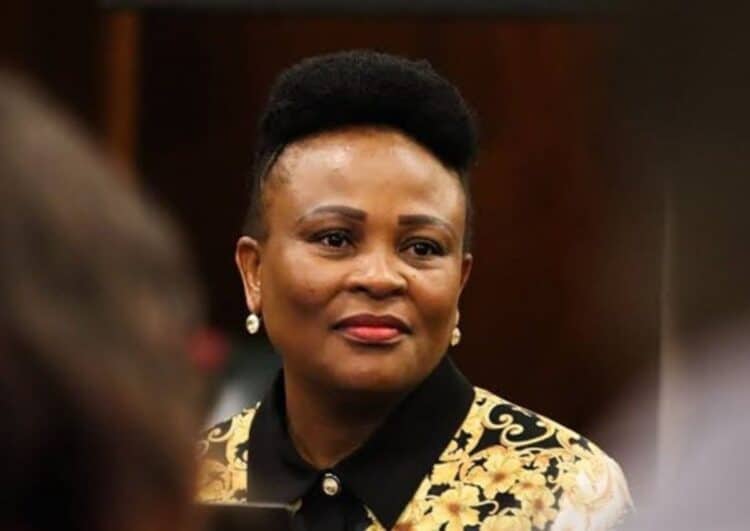 In a unanimous ruling, a full bench of the Western Cape High Court dismissed Public Protector Busisiwe Mkhwebane’s urgent bid for immediate reinstatement to her position.

Mkhwebane sought to invoke section 18 of the Superior Courts Act, which states that a litigant in whose favour a judgement has been granted may apply for the operation of that order not to be suspended pending the decision of an appeal in the matter.

The court dismissed Mkhwebane’s application, saying Ramaphosa’s decision to suspend Mkhwebane had to be referred to the Constitutional Court for confirmation.

Mkhwebane was suspended by Ramaphosa a day after she announced her investigation into the Phala Phala robbery which took place in February 2020.

On 9 September the Western Cape High Court then ruled that the President’s decision to suspend Mkhwebane was unlawful and invalid.

“In our view, the hurried nature of the suspension of the applicant in the circumstances, not withstanding that a judgement of the full court was looming on the same subject matter, leads this court to an ineluctable conclusion that the suspension may have been retaliatory and, hence, unlawful,” said the court at the time.

“It was certainly tainted by bias of a disqualifying kind and perhaps an improper motive. In our view, the President could not bring an unbiased mind to bear as he was conflicted when he suspended the applicant.”

After the Democratic Alliance (DA) launched an application to appeal that ruling to the Constitutional Court, thereby immediately suspending it, Mkhwebane bought an application for its immediate enforcement- which both Ramaphosa and the DA dismissed.

The Western Cape high court full bench has now dismissed that application and ordered Mkhwebane to pay nearly all of the DA’s legal costs in the case.

Ramaphosa is also challenging the courts decision to reverse the suspension of Mkhwebane, which he is adamant was the consequence of Parliament alerting him that it had begun its inquiry into her fitness to hold office.