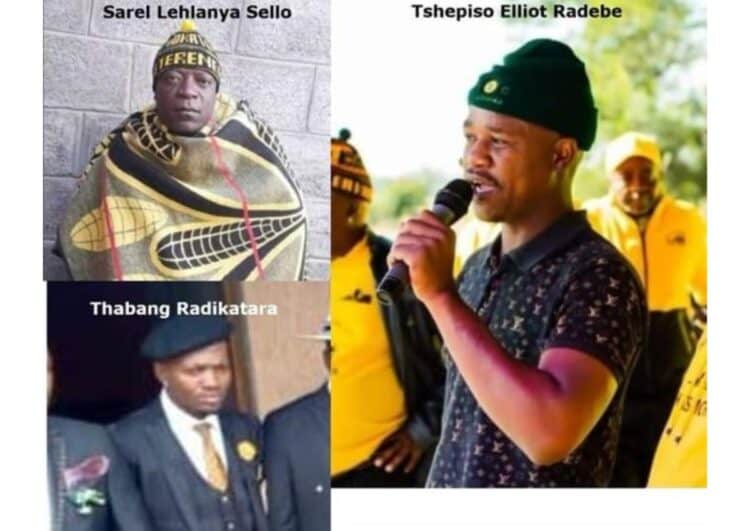 The police have released the names and photos of the five alleged Soweto tavern killers who are said to be Basotho nationals.

The suspects, who are believed to be on the run and possibly hiding outside the country are wanted in connection with the mass deadly shooting which killed 16 people at KwaMdlalose tavern in Nomzamo, Orlando East.

The suspects reportedly opened fire on a group of patrons in the early hours of Sunday, July 10, 2022. Sixteen people were reportedly killed and seven others were wounded. The motive for the shooting is still unclear.

One of the suspects wanted is a leader of a Lesotho group that is said to be linked to zama-zamas and enjoys support of the ruling party in Lesotho.

It is alleged that the suspects were armed with 9mm pistols and an AK47. Twelve of the victims aged between 19 and 35 died on the scene while two others on their way to hospital and the other two died days after while in hospital.

Times Live reported last week that detectives had traced the alleged killers in Lesotho, where they narrowly missed arresting them in a failed clandestine operation at the Maseru border post.

The police have urged anyone with information that could lead to the arrest of the suspects to contact Colonel Friccah Masilela on 082 822 7270 or contact Sgt Ndlovu on 065 962 4329. Anonymous tip-offs can also be reported on MySaps application, or call the Crime Stop number 08600 10111.

Watch: Dance off breaks out in the middle of Gautrain station