The four kidnapped brothers are sons of a prominent Limpopo businessman. 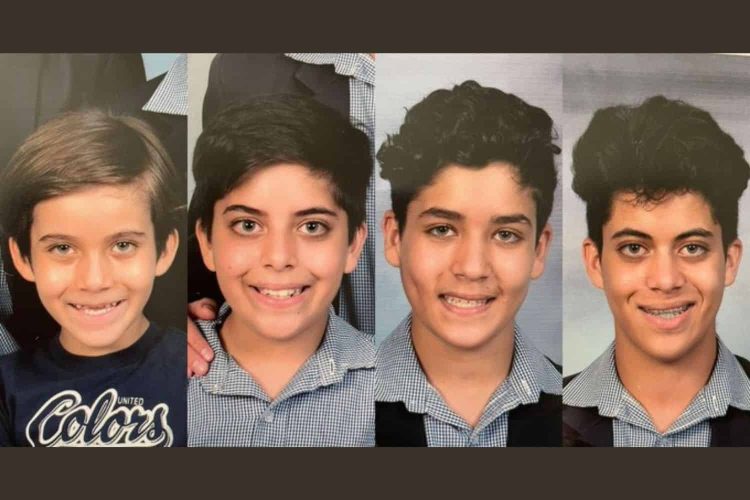 Despite the massive manhunt launched by SAPS, the boys have still not been found. Zidan (6), Zayyad (11), Alaan (13) and Zia (15) Moti have been missing since 07:00 Wednesday morning. And the Moti family is appealing to the public to assist in the search.

The boys were forced at gunpoint

According to preliminary investigations, the boys were on their way to school in Dalmada when they were forcefully removed from the vehicle. Seven armed suspects stopped the vehicle and threatened the boys with rifles.

“The 64-year-old driver allegedly fetched the children from Nirvana and was driving along the R37 road near the N1 bypass when he was suddenly blocked by two vehicles, a white Kia Sorento and a black Mercedes Benz. A total of seven occupants from the two vehicles, dressed in white overalls alighted and started firing shots randomly.

“The suspects then forced the four children out of the vehicle into their Mercedes Benz and then drove off towards the direction of the R81 road, leaving the distraught driver on the scene together with his vehicle.”

The Moti family has appealed to the public to assist with any information or CCTV footage regarding the kidnapping.

Cellphones were recovered in Flora Park

Police were notified and immediately started with investigations and manhunt for the suspects and children. And later, the boys’ cellphones were found at Flora Park where they had been dumped. The phones, however, were of no help regarding the whereabouts of the boys.

In the meantime, a source close to the investigation has unofficially confirmed that the search for the children is heading into other provinces. But due to the sensitivity of the investigation, more information cannot be made public.

Meanwhile, the Department of Social Development in Limpopo has dispatched a team of social workers to support the Moti family during this difficult time.

“A team of social workers will this morning visit the family to start with the provision of psychosocial support. As a parent, I can only try to imagine what the Moti couple is going through. It is very upsetting.”