There are no holy cows...in our fight against corruption. We will root out corruption anywhere it rises its ugly head. 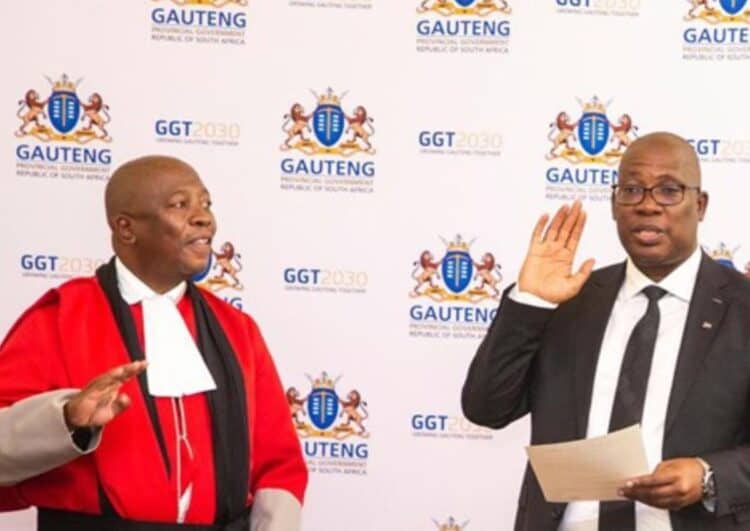 African National Congress (ANC) Gauteng provincial chairperson Panyaza Lesufi has been elected as the new premier of the province.

Lesufi was elected premier during a special sitting of the Gauteng provincial legislature on Thursday afternoon.

He contested the position against the Democratic Alliance’s (DA) premier candidate and provincial leader, Solly Msimang.

Lesufi won the contest beating Msimang by 38 votes while the DA candidate received 22 votes. Members of the EFF walked out of the sitting before voting could take place.

Delivering his acceptance speech after being elected as the new premier of Gauteng, Lesufi said there were no untouchables or “holy cows” that would be immune to prosecution should they engage in unlawful activities that affect the province’s citizens.

“There are no holy cows…in our fight against corruption. We will root out corruption anywhere it rises its ugly head. And when we tackle those who commit it, then you will understand what I mean,” said Lesufi.

Lesufi takes over as the new premier succeeding David Makhura, who resigned this week after being premier since 2014.

Lesufi said work still needed to be done so that all citizens benefitted from the gains of independence was enormous.

“As long as our people in rural areas struggle to get water, then our mission for a better and free South Africa must continue. When qualified young people still struggle to get jobs, we must double our efforts for the real economic growth of our province,” said Lesufi.

The new Gauteng premier thanked Makhura for his contribution to the province. He said he would announce his new executive council, or Cabinet, on Friday afternoon.

SA pilots are moving to America to seek better opportunities

Maserati Grecale is the Everyday Exceptional