SA pilots are moving to America to seek better opportunities

With airline after airline closing in SA, local pilots are looking to other countries for employment, and the US has jobs on offer. 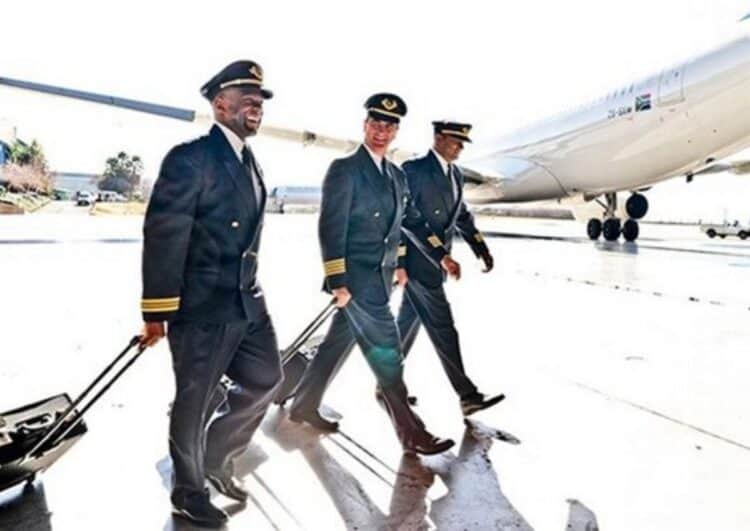 South African pilots walking to board a plane. Photo via Twitter: @AirspaceAfrica

South African pilots are finding new opportunities in the United States, where a severe shortage has airlines canvassing for imported talent.

With airline after airline closing in South Africa, local pilots are looking to other countries for employment, and the US has jobs apparently on offer.

Stefano Migliore, Managing Partner of the South African office of multinational law firm Harvey Law Group (HLG), says that South African pilots who have lost their jobs, now have a greater chance of getting a green card than ever before.

“The US is welcoming pilots of all nationalities right now. Through our interpretation of the US National Interest Waiver (NIW) program, Harvey Law Group is assisting pilots to access an unconditional green card, with permanent presidency status for 10 years, which includes their dependents.”

The global aviation industry is still reeling from the Covid-19 pandemic, which halted international, grounded entire fleets, and led airlines to downsize their staffing requirements.

Around 400 000 airline workers had been fired, furloughed, or told their jobs were in jeopardy within the first year of the pandemic, according to Bloomberg. By the end of 2021, passenger airlines in the US had shed another 10 000 employees.

Since most travel restrictions were lifted earlier this year, flights are filling up again, at a rapid rate which has caught many airlines off-guard. Airlines especially in the US, have struggled to fill the gap left by mass retrenchments made during the height of the pandemic.

South Africa’s aviation sector has also been pummelled by the pandemic.

The country’s flag carrier South African Airways (SAA) re-emerged from its business rescue. The number of pilots at SAA was cut by more than 80% by the time it resurfaced, and the carrier’s future remains uncertain.

Other local carrier were not able to survived the pandemic. Lower-cost airline Mango hasn’t flown in more than a year, with serious questions around whether it will ever return to the sky. The biggest blow to the industry came with Comair’s collapse.

In the past 12 months alone, HLG has signed 33 South African pilots under processing for work in the US.

Has Vladimir Putin been outflanked by the Russian far right?