The entire conference descended into chaos, with Cosatu leaders calling for an adjournment until after lunch. 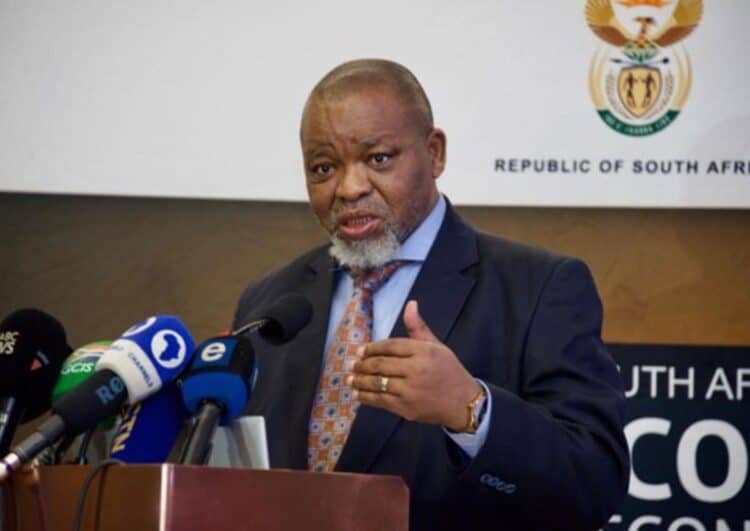 President Cyril Ramaphosa stood down at the last minute from addressing worker representatives and opted to attend an event in honour of Winnie Madikizela Mandela in Soweto, leaving Mantashe to face the wrath of delegates at the Cosatu national congress in Johannesburg.

As Mantashe was meant to deliver the ANC’s message of support, hundreds of delegates left their seats, walked to the front of the venue and started singing loudly.

Delegates sang “Asinamali (We have no money)” and “Hamba Gwede (Leave, Gwede” until he was forced to get off stage and denied the opportunity to address Cosatu members.

Mantashe was booed off stage by the angry workers irked by the high cost of living, low salary increases, poor service delivery, load shedding, high unemployment and what they regard as the ANC’s intransigence towards corruption.

The entire conference descended into chaos, with Cosatu leaders calling for an adjournment until after lunch.

The congress began on a different note, with Cosatu president Zingiswa Losi giving a vote confidence in Ramaphosa’s administration. She said a continued partnership with the embattled ANC was still the only way to defend the rights of the workers.

“ANC and the SACP, with all of their challenges, their strengths and their weaknesses, remain the most progressive and relevant political formation to drive the demands of the working class,” Losi said.

She cautioned: “If the ANC does not get its act together, deliver quality public services, tackle corruption, fix Eskom, save Metro Rail and Transnet, grow the economy, create jobs and provide relief for the unemployed, then we will face a repeat of the disastrous 2021 election results in 2024.”

Losi said an ANC loss was not something workers could afford.