Arthur Fraser claims Raymond Zondo is not fit and proper to hold the highest position at the Constitutional Court. 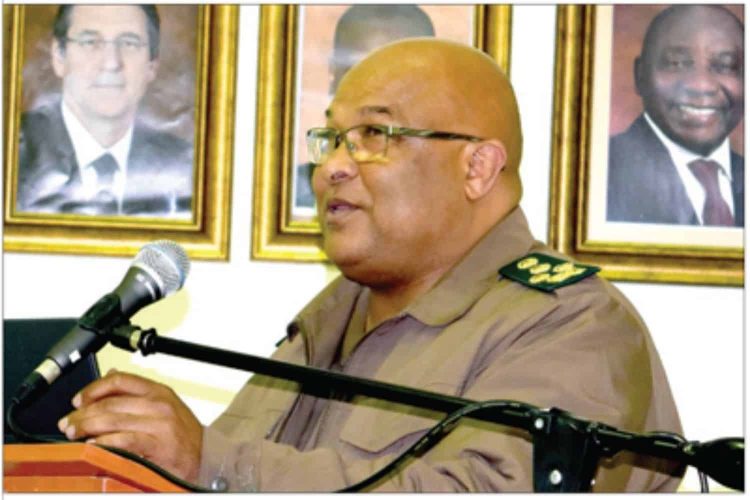 What did Arthur Fraser say about Zondo?

On Friday, the former spy boss opposed the nomination of Acting Chief Justice Raymond Zondo, who’s listed as one of the potential candidates to take over the seat of retired Justice Mogoeng Mogoeng at the Constitutional Court.

Fraser told the shortlisting panel that Zondo is not fit and proper to hold the position he’s kept in an acting capacity, accusing the State Capture Commission chairperson of lacking objectivity and integrity.

Fraser’s gripe with Zondo stems from allegations that rose against him at the State Capture Inquiry. A total of 10 witnesses linked the former director-general of the State Security Agency (SSA) to corruption and in the letter, Fraser accused Zondo of refusing him an opportunity to defend himself.

“Despite my repeated requests to be given an opportunity to appear before him in order to state my version and to defend myself against a well-orchestrated narrative and propaganda against me, Deputy Chief Justice Zondo made sure that I neither presented my version nor got an opportunity to cross-examine those he called to testify against me. No independent-minded judge would act in this manner,” Fraser wrote.

The correctional services commissioner further claimed that Zondo deliberately kept him away from the inquiry “to endear himself with the political class so that he can secure the position of chief justice for which he is now nominated.”

The Jacob Zuma secret meetings – Is a plot on the cards?

The former spy boss’ scathing claims about Zondo come a week after his close ally former president Jacob Zuma appeared virtually at a national prayer held in his honour, to launch further attacks on the integrity of the Constitutional Court.

Zuma labelled the formation of the Zondo commission the “final measure of those who fear what I represent.”

The 79-year-old medical parole questioned the constitutionality of his contempt conviction and further planted seeds of doubt against ConCourt judges, specifically Zondo who, in his view, “elected to act as his own witness against me, while presiding over the application for his recusal”.

Fraser’s scathing letter to the judging panel, right after Zuma’s tirade against Zondo, is a strange coincidence, to say the least.

These developments only feed into growing speculation that the former president has been holding secret meetings with his allies.

In a recent Sunday Times report, it’s claimed the medical parolee has been meeting with disbanded MKMVA Carl Niehaus, former South African Airways chairperson Dudu Myeni and other allies at the Sibaya Casino in Durban which is coincidentally owned by his friend Vivian Reddy.

While insiders have refused to divulge details of what was discussed in these meetings, more concerns were raised about the former presidents’ supposed ill-health.

However, according to the Jacob Zuma Foundation, any speculation rising out of the former president meeting with old friends at a casino, while he’s on medical parole, is ‘stupid’.

“How can a meeting be secret in a public hotel? That alone is stupid. President Zuma is not short of secret venues. If that’s what he wanted to have, why would he have a secret meeting? The report is stupid and it fails to differentiate between medical parole and house arrest. It’s only when a person is under house arrest where you can question them being seen anywhere else other than by their house. If he was under house arrest this would have been very different,” he said.

The judging panel has yet to issue a notice of receipt of Fraser’s letter. These are the nominees for the acting Chief Justice position: