Julie Powell: Author of Julie and Julia dies at the age of 49

Julie Powell first rose to fame after notoriously documenting her experience cooking 514 meals from a cookbook in a year. 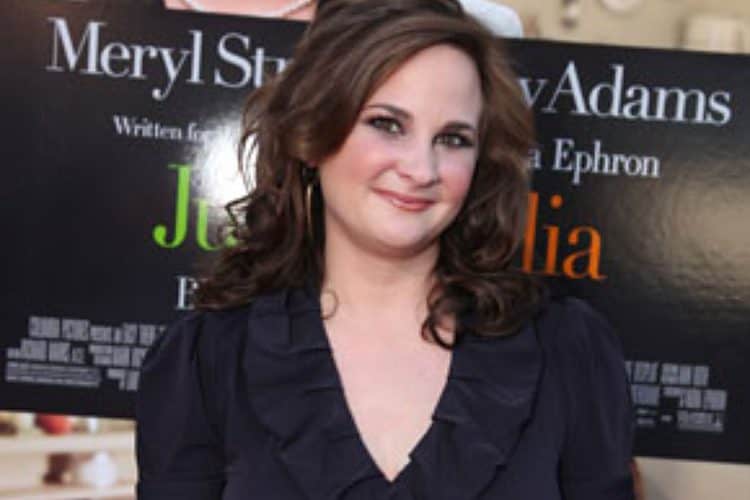 Julie Powell is pictured above at the premiere of Julie and Julia. Photo: Columbia Tristar Group

Julie Powell has reportedly passed on. Her husband confirmed the news to the New York Times on Tuesday.

Right now, her husband Eric Powell shared with the New York Times that Julie Powell died as a result of cardiac arrest on the 26th of October. The Guardian reports that it was caused by a heart arrhythmia.

To date, Julie Powell rose to fame in 2002 when she published the memoir that followed her trying to complete over 500 recipes in her mother’s cookbook by Julia Child. The memoir is currently titled, Julie and Julia.

Thus far, the author inspired a film by the same name with Meryl Streep starring as Julia Child and Amy Adams starring as Julie Powell herself. As of late, the film was previously directed by Nora Ephron who died in 2012.

Before the film eventually came to fruition, Julie Powell documented her struggles with making the different meals on her blog at Salon.com.

While Julie Powell became popular as a result of her memoir, she later released another book called Cleaving, The story of marriage, meat, and obsession.

In talking about the impact Julia Child had on her outlook on life and her experiences in general, Powell shared that the chef helped her find her place in the world.

“Julia taught me what it takes to find your way in the world. It’s not what I thought it was. I thought it was all about — I don’t know, confidence or will or luck. Those are all some good things to have, no question. But there’s something else, something that these things grow out of. It’s joy.”

Earlier this year, Julie returned to Salon.com to write some commentary pieces on the Food Network series, The Julia Child Challenge. Senior writer on the blog, Elizabeth Williams noted that “We were lucky enough to be the conduit.”

Julie Powell leaves behind her husband, her brother, and her mother.