KwaMashu commuters must wait another year to catch the next train 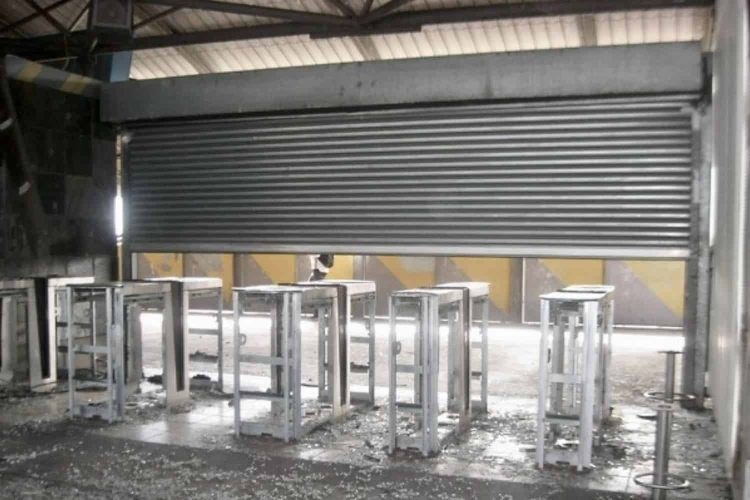 KwaMashu commuters must wait another year to catch the next train. Image credit: GroundUp

Broken windows, broken glass strewn across the floor, the platform roof stripped, the grounds littered with rubbish and overgrown by grass – this is the condition of Thembalihle station on the KwaMashu line, north of Durban.

It has been closed for almost a year now due to vandalism and cable theft. KwaMashu terminus, further down the line, is also closed.

The Passenger Rail Agency of South Africa (PRASA) has not started to repair the line, but the KwaMashu line has been prioritised for this financial year. A tender for restoring Thembalihle station closed in December 2020, but it’s unclear if it was awarded to anyone. PRASA told Parliament this week that the line will reopen, depending on supply and delivery of rails, at the end of August 2022.

“We also have engaged with the community to assist with the crime and information as part of community involvement, and we have partnered with the police jointly,” said Nomnganga.

“PRASA has invited interested companies to bid for the construction of the station,” he said.

The July unrest made things worse for train commuters north of Durban as Bridge City Station in KwaMashu was closed because the Bridge City Mall was looted. The station is underneath the shopping centre and important for people in Inanda, Ntuzuma, KwaMashu and Phoenix.

“The money I spent on a train ticket was far less than the money I spend now,” says Lungisani Mzobe, who lives at KwaMashu Hostel and has a job as a security guard.

“There is nothing I’m working for because all the money is for transport and food. I only realised now how important the train is as a mode of transport because now I am forced to use taxis and it is costing me a lot of money,” he said.

“I now sleep at work,” said Sbongeleni Mtolo, who fixes trucks. He finishes late and can’t find taxis on some evenings. “I end up requesting Uber which also costs a lot. I decided to sleep at work to cut costs. Travelling by train was very helpful. Now that the station has closed, a lot of people are struggling.”

Traders at the stations and on the trains have also been hard hit by the closures on the KwaMashu line. Sandile Mnisi, who sells cellphone pouches, handbags and earrings, said business has been bad.

And while transport is costing commuters more, PRASA is losing ticket income.

PRASA did not reply to our questions as to how much income was lost, when the stations would reopen, the cost of fixing Thembalihle station and the KwaMashu line, or whether a contractor has been awarded the tender.