Lesufi said focus will be on scrapping e-tolls, establishing a bank, fixing hospitals, setting up a pharmaceutical company and prioritising the township economy. 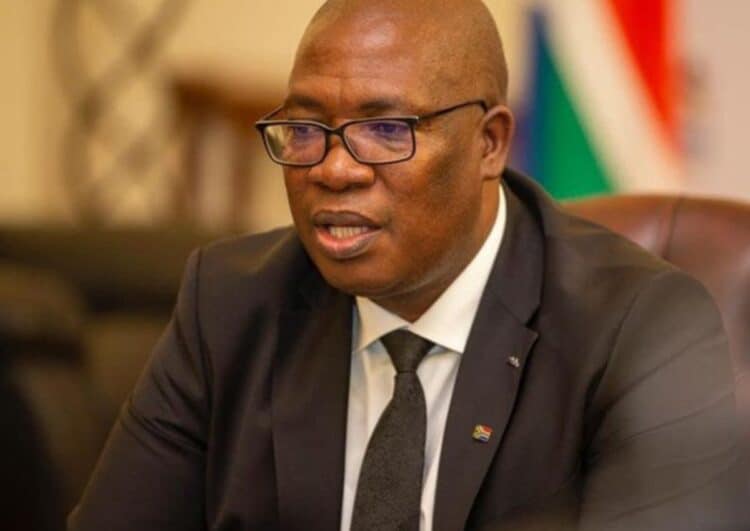 Gauteng Premier Panyaza Lesufi announces his cabinet which is made up of new and familiar faces. Photo via Twitter: @LebogangMaile1

Newly elected Gauteng Premier Panyaza Lesufi announced his new cabinet, which is made up of new and familiar faces. He used the opportunity to outline the plans he has to improve the lives of the people in the province.

Lesufi said he plans to focus on scrapping e-tolls, establishing a bank, fixing hospitals, setting up a pharmaceutical company and prioritising the township economy are just some of the bold promises made by the new premier.

He appointed Nomantu Nkomo-Ralehoko as health MEC, to replace Dr Nomathemba Mokgethi and Tasneem Motara as MEC for economic development.

Kedibone Diale-Tlabela was appointed transport and logistics MEC with a primary mandate to ensure E-tolls are scrapped.

The biggest casualties from Friday’s announcement, were Nonathemba Mokgethi and Parks Tau who were relieved of their duties as health MEC and economic development and agriculture MEC, respectively.

This is a huge blow for Tau, particularly given he was recalled in 2020 from the national government, where he was deputy minister for cooperative governance and traditional affairs.

Tau has been replaced by Tasneem Motara, who previously held the position of infrastructure development and property management MEC.

Jacob Mamabolo moves from roads MEC to finance MEC, with Lesufi tasking him with ensuring that e-tolls are scrapped.

“We need the new MEC to find new revenue methods that we want to utilise to take the department from Sanral. He must utilise the relevant laws, and in agreement with the National Treasury, we want to be the first province to start a state bank,” said Lesufi.