Msibi stepped down as MEC in 2021 following charges of murder and attempted murder. 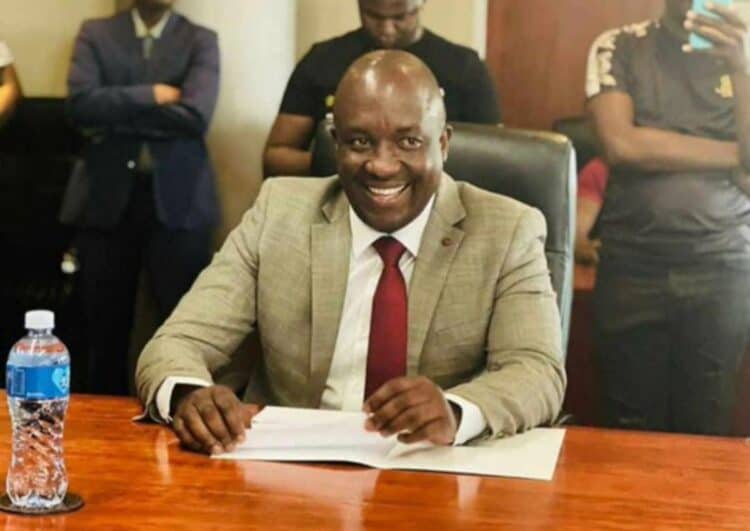 Mandla Msibi makes it back to cabinet after being appointed Mpumalanga Cogta MEC. Photo via Twitter: @SiphiweMashego

Former murder accused ANC provincial treasurer Mandla Msibi has made a comeback to the Mpumalanga cabinet as MEC for co-operative governance and traditional affairs (Cogta).

On Friday, premier Refilwe Mtshweni-Tsipane reshuffled her cabinet, bringing back Msibi, saying that the reshuffle was government’s effort to ensure that issues of service delivery are attended to.

“It is therefore important that we place people in positions of leadership who are able to drive sustainable service delivery in a dignified and honourable manner.

“I have made a decision to place Mandla Msibi as MEC for Cogta. You will recall that Msibi stepped aside after he was charged with serious charges. He has shown discipline and his charges were therefore withdrawn. I’m sure that Msibi will help municipalities to deliver services,” Mtshweni-Tsipane said.

Msibi stepped down as MEC in 2021 following charges of murder and attempted murder. The National Prosecuting Authority (NPA) has since dropped those charges, paving way for his return.

“Current MEC for Cogta Mandla Ndlovu will be moved to the department of public works and transport. This department requires leadership that will deal with infrastructure development. In our efforts to bring in new and young people and also balance gender, I decided to appoint Mpumi Hlophe as MEC for finance economic development and tourism.”

Msibi who is also treasurer of the ANC in Mpumalanga said he was happy that he had been appointed as MEC. ‘

“I’m back at work. We shall deliver services to the people. I will not talk much about the issue of me stepping aside and charges that were brought against me but let me say the ANC needs to look at the step aside resolution because it seems like it’s being used to purge other members,” Msibi told Sowetan on Friday.

Sassa: R350 SRD grant applicants without smartphones urged not to use the EFT payment method