Eskom is a big business and, therefore, in terms of its leadership, you need engineers and economists but instead we have politicians and accountants. 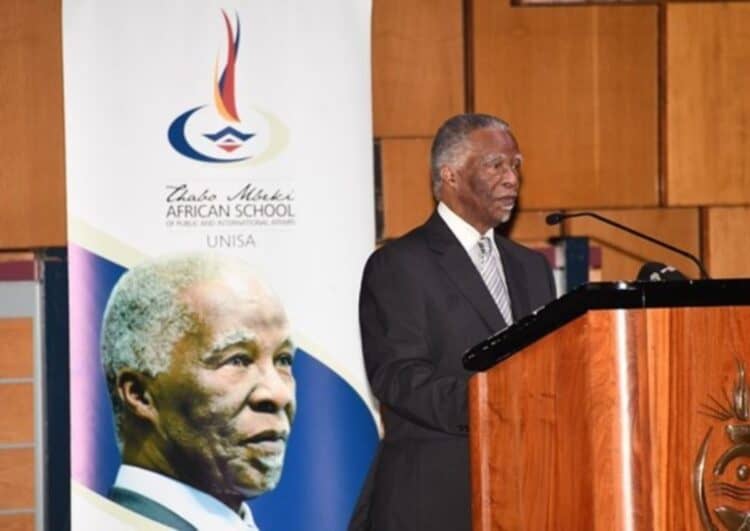 Former president Thabo Mbeki took a swipe at Eskom executives following the prolonged rolling blackouts which escalated to stage 6 in the past few days.

Speaking at the University of South Africa’s Muckleneuk Campus in Tshwane on Wednesday afternoon, Mbeki quoted former Statistician-General Pali Lehohla: “Eskom is a big business and, therefore, in terms of its leadership, you need engineers and economists but instead we have politicians and accountants.”

“I am not saying Pali was right, but this is what he said. But he was looking again at this question; I am trying to raise the quality of leadership in our country.

Mbeki further said understanding problems at Eskom would require a look at its history and the decisions, especially around the construction of the Medupi and Kusile power stations that were made in 2007 when South Africans were first plunged into darkness.

Two power stations have been engulfed with challenges which include maladministration, negligence, and a flawed design process- resulting in continuous delays adding close to a decade to completion and a ballooning budget.

Mbeki said instead of implementing a turnkey project, Eskom’s leadership at the time broke up the contract to construct the power stations into 20 to 30 contracts, which has had calamitous results.

“As the tender is won by Thabo Mbeki Inc to do the welding, they don’t tell my company that these two power stations generate electricity at higher temperatures, so I do my welding according to my knowledge of welding for coal power stations, so one unit is ready and kick it on…and the welding melts so you’ve got to stop this thing and start again. So, the cost goes up, and the time to complete goes up,” Mbeki explained.

South Africa has for the past year been grappling with load shedding which has ramped up to stage 6 last weekend, only to be reduced to stage 5 on Tuesday evening.

Mbeki said good leadership was the key ingredient to solve most of South Africa’s many challenges.

He once again decried the lack of a social compact, which he said is key in addressing the legacies of colonialism and apartheid.