The Acting Public Protector and her team are well within their rights not to allow her in the office. 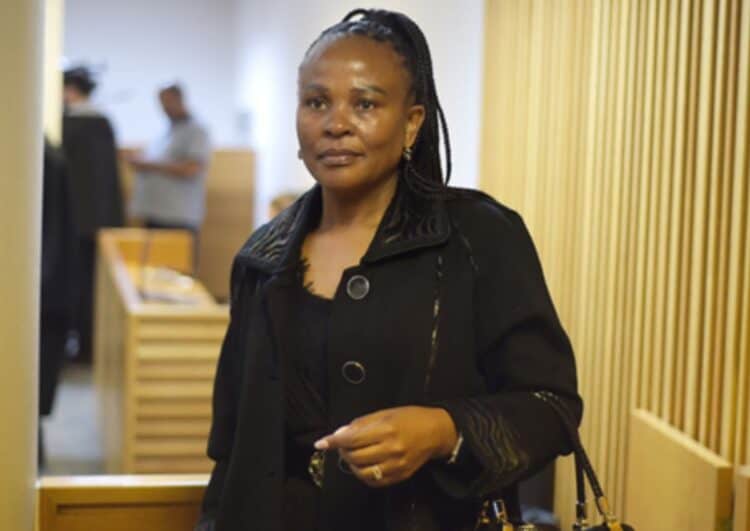 Public Protector Busisiwe Mkhwebane was denied access to her office over the weekend despite a Western Cape High Court ruling setting aside her suspension by President Cyril Ramaphosa.

Mkhwebane was suspended on June 9, a day after announcing an investigation into the president’s Phala Phala farm robbery saga.

Although the Western Cape High Court ruling was in favour of Mkhwebane concluding that Ramaphosa’s suspension was too hasty, their judgement came with a caveat. They referred the matter to the Constitutional Court, after the (Democratic Alliance) DA filed an appeal application to the registrar of the Apex court in South Africa.

The appeal launched by the DA is what resulted in Mkhwebane being denied access in the office of the Public Protector.

Mkhwebane sent a WhatsApp message to Deputy Public Protector Kholeka Gcaleka to make arrangements for her return to the office, but in a media statement, Gcaleka told Mkhwebane that the appeal process effectively suspended the Western Cape High Court ruling.

Benedict Phiri, a legal expert at the LusPrudentia Specialist Counsel, confirmed that Gcaleka’s stance was legitimate.

“The Acting Public Protector and her team are well within their rights not to allow her in the office. The Constitutional Court now has the sole power to confirm whether the conduct of President Cyril Ramaphosa is unconstitutional, and this confirmation is necessary.” Phiri said.

ANC member Senzo Nkabinde, who has been defending Mkhwebane and calling for Ramaphosa to resign over the Phala Phala scandal, labelled the DA as a desperate party.

He said it was possible for the Public Protector to challenge the appeal in the Constitutional Court.