Mogalakwena Municipality gets pounced on by Hawks

Company Directors and officials form part of the suspect list regarding the corruption claims at Mogalakwena Municipality. 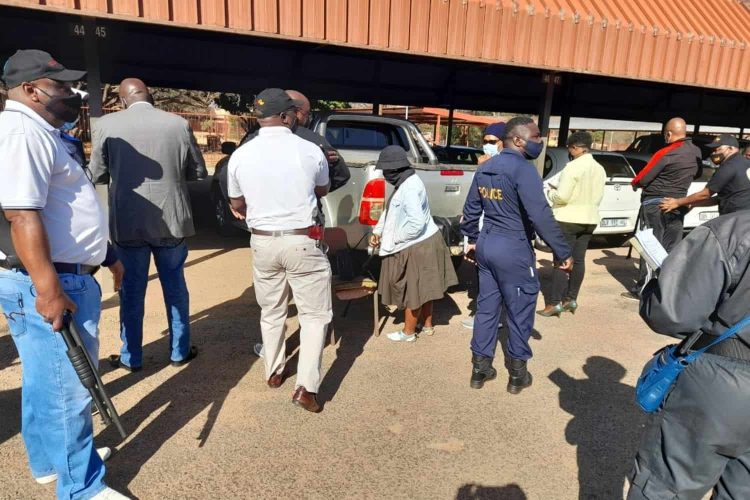 Mogalakwena Municipality gets pounced on by Hawks. Image credit: saps.gov.za

On Monday morning, August 30th 2021, the Hakws’ Serious Corruption Investigation team pounced on the Mogalakwena municipality. It is said that a total of 13 suspects were present at the scene, where senior officials and company directors also formed part of this number.

Municipality loses millions due to corruption

Mogalakwena is located in the Waterberg District of Limpopo. There has been an ongoing investigation regarding allegations of corruption at the Limpopo municipality. According to police spokesperson, Captain Matimba Maluleke, officials of the municipality are receiving gratification from service providers. With that, other companies were paid money for services that were not rendered. These illegal activities have caused that the municipality suffered a loss of over R15 million.

During the ambush operation this morning, a luxury vehicle (BMW 1 series) was seized. Captian Maluleke confirms that the car belonged to one of the suspects’ girlfriends.

The National Head of the Directorate for Priority Crime Investigation commented the following: “I commend the investigation team for the hard work in securing the attendance of these groups before court. The message that crime does not pay will soon be appreciated”.

Captain Maluleke ends off by confirming that the investigation is set to continue and more arrests can be expected soon.