Standard passports have cost R400 since 2011, but under the new regulations, this will be increased to R600. 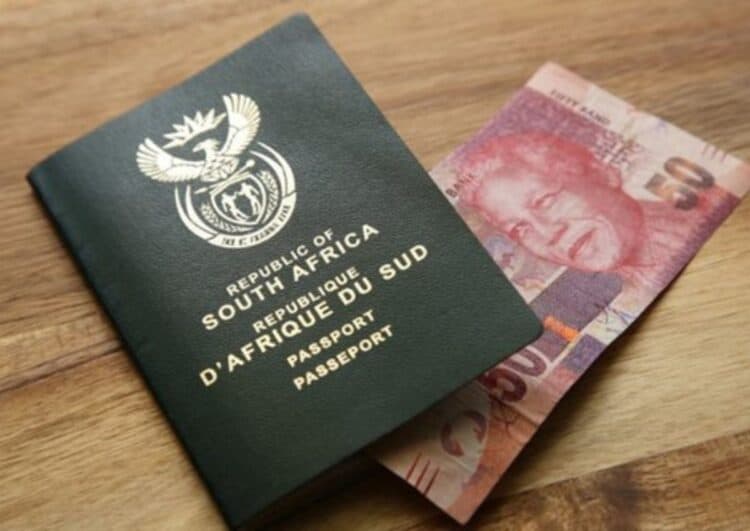 A South African passport with R50 inside. Photo via Twitter: @Nhleiks5

The Department of Home Affairs has gazetted new fees for travel documents in SA, with a 50% increase to get a standard passport from November.

The application fee for a standard South African passport, whether for a child or an adult, will increase by 50% from 1 November 2022.

The adjustments to passport fees were signed off by Home Affairs Minister Dr Aaron Motsoaledi and published in the government gazette on Thursday.

“These regulations shall be called the Seventeenth Amendment of the Regulations made under the South African Passport and Travel Documents Act 1994, and will come into operation on 1 November 2022,” the gazette reads.

Standard passports have cost R400 since 2011, but under the new regulations, this will be increased to R600.

One of the biggest increases will come from the large passport books – known as maxi passport with 48 pages- the cost of this document has now doubled from R600 to R1200.

Crew certificates, which previously cost R350, have also seen an increase of 71.4% to R600. Diplomatic passports and official passports will now also carry a fee of R600, with the latter being free, previously.

The changes to passport and travel document fees were informed by the outcome of a bench-marking exercise with other countries which found that our tariffs were up to three times lower.

The decision was also informed by the fact that production costs are much higher than what people are paying for our passports. This means the Government is heavily subsidising passport holders when such a subsidy is not realised for ordinary ID applicants.

“We believe that people who are able to travel out of the country are financially better off than ordinary citizens and they don’t need to be subsidised in the manner we have been doing,” said Minister Motsoaledi.

“Once more we wish to advise our people that there is nothing called an emergency passport. The emergency travel certificate mentioned above is a document available only to South Africans stranded abroad. It helps them to come back home and when they arrive, the usefulness of the document lapses. There is no emergency travel certificate for South Africans who need to travel abroad,” said Minister Motsoaledi.

Prince Harry gives an update on his home life with kids