Masina had led an intense fight with the provincial leadership over the region's desire to reclaim power in Ekurhuleni. 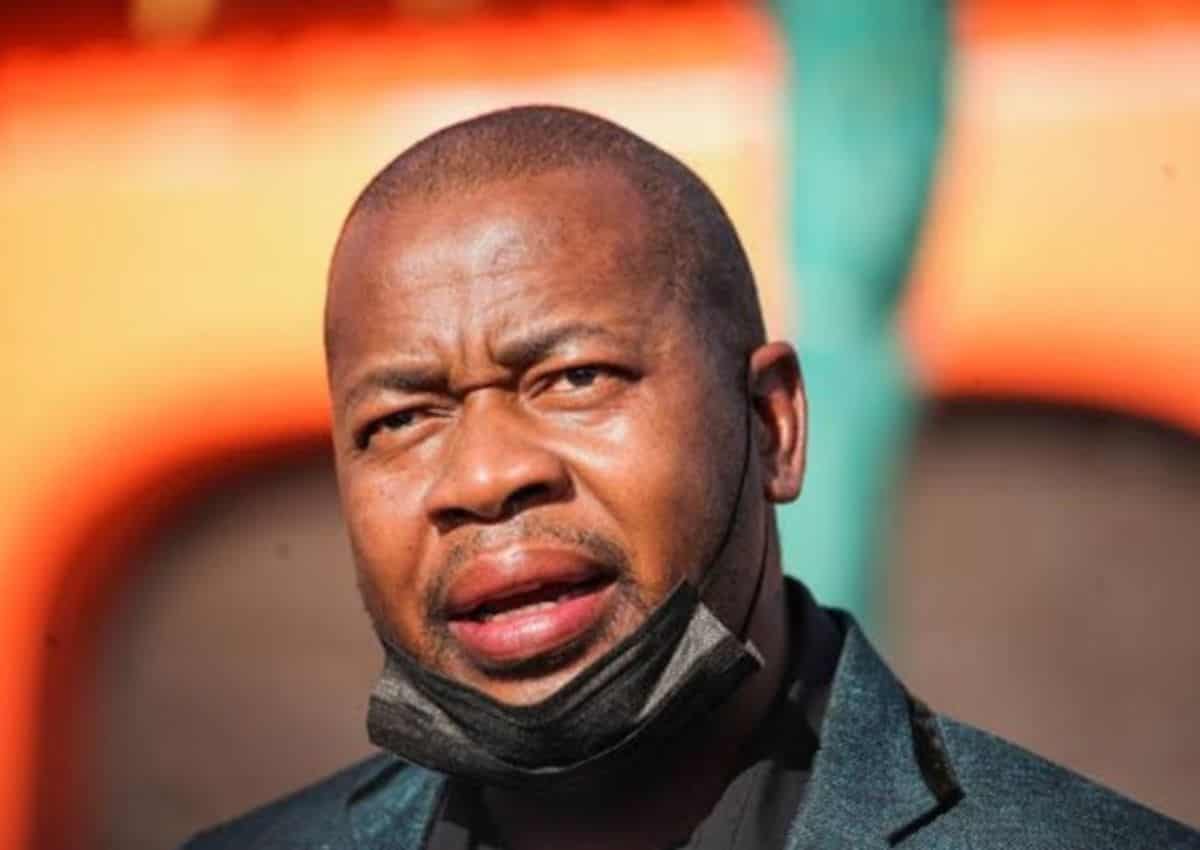 Mwandile Masina responding to questions from the media on plans to retake Ekurhuleni. Photo via Twitter: @kgmadisa

African National Congress (ANC) councillor Mzwandile Masina has resigned as chairperson of the party in the City of Ekurhuleni.

Masina’s resignation comes after he and his regional executive faced a backlash after they ignored instructions to withdraw a motion of no confidence against the city mayor Tania Campbell.

Masina told the ANC’s Gauteng leadership that he planned to resign and issue a public apology to the party, the province said in a statement on Thursday.

He has effectively avoided a disciplinary hearing and possible suspension as regional chair.

Mzwandile Masina had led an intense fight with the provincial leadership over the region’s desire to reclaim power in Ekurhuleni.

Earlier in November, the ANC in Gauteng resolved to charge Masina for defying the party and bringing it into disrepute. That was after he went ahead with a motion of no confidence in DA’s Tania Campbell, despite warnings from the PEC that it was still negotiating a deal with the Economic Freedom Fighters (EFF).

The EFF was said to have been promised a power-sharing agreement in Ekurhuleni in exchange for its support for the ANC in Johannesburg.

Lesego Makhubela, the ANC Gauteng spokesperson confirmed Masina had undertaken to resign as a councillor.

“The officials provided a report that comrade Mzwandile Masina will offer a public apology to members of the ANC and also that he has voluntarily decided to resign as a councillor representing the ANC in the Ekurhuleni council,” Makhubela said on Thursday.

The deal Masina has reached with officials, which was presented to the provincial working committee (PWC) this week, will see him keep his position as regional chair.

“The PWC wishes comrade Mzwandile well in his endeavours and thanks him for leading one of the most stable, innovative and well-run municipalities for the past five years as a mayor,” Makhubela said.