Duduzile shared inciting posts on her social media account when her father was arrested for being in contempt of court. 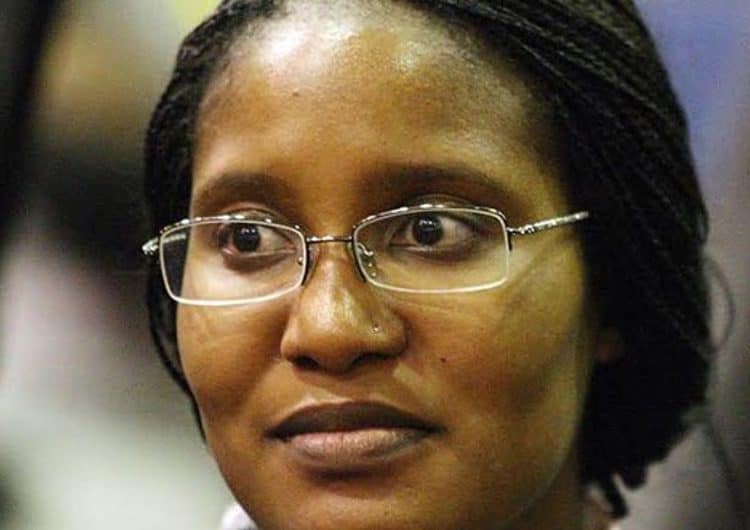 Duduzile Zuma still in the radar for possible prosecution for July unrest. Photo via Twitter: @bouncenationke

Former president Jacob Zuma’s daughter, Duduzile Zuma could be the subject of investigations linked to the incitement of public violence during last year’s July unrest.

“That matter is still under investigation. These matters are not easy to deal with and are not dealt with overnight,” Elaine Zungu, the KZN director of public prosecutions, said on Friday at a rare press briefing.

The DPP was giving an update on some cases including high profile cases in the province.

When asked about Duduzile, Zungu said: “Still under investigation, as I said during the presentation, these matters are not easy to deal with and you do not deal with them overnight. There has to be sufficient evidence linking the accused to the commission of the offence and further than that when we look at that wen also need to ensure that there’ll be prospect of success when taking the matter to court.”

During the time of the July unrests, Duduzile shared inciting posts on her social media account when her father was arrested for being in contempt of court.

Zungu said there were ongoing investigations into the matter.

“All I can assure the members of the public and the media is that the investigations are continuing, the matter continues to be looked into by the prosecutors and the investigators. As you would have seen even with the WhatsApp group matters, the matters took long to be enrolled because of the amount of investigations which goes into these matters.”

Thus far, Zungu said 61 people have been arrested in relation to unrest-related activity on WhatsApp groups. Two other cases, including those of alleged instigators Bonginkosi Khanyile and Mdumiseni Zuma, are on the court roll.

The 61 accused belonged to just three WhatsApp groups that were active during the unrest period, Zungu said.

Suspect arrested after intense hostage situation at the post office