Every step followed heading to the removal of Phalatse was unlawful. 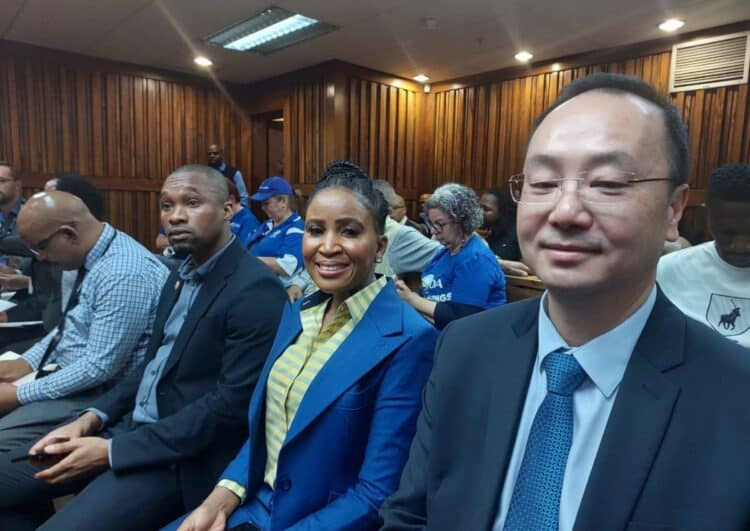 Dr Mpho Phalatse sitting in court with other members of the Democratic Alliance as she challenges her removal as Joburg mayor. Photo via Twitter: @mphophalatse1

Ousted Johannesburg mayor Mpho Phalatse has argued during a court application that she is the lawfully elected mayor of the city and that her removal was unlawful.

Phalatse’s urgent bid to be reinstated to her mayoral position was argued in the South Gauteng High Court in Johannesburg on Wednesday.

This comes after Phalatse was ousted from office through a motion of no confidence brought by minority parties during a special council sitting last month.

Arguing for Phalatse, advocate Carol Steinberg told Judge Raylene Keightley that every step which was followed heading to the removal of Phalatse was unlawful.

Steinhof began her arguments by focusing on the programming of the meeting which took place on 29 September 2022.

The meeting was attended by selected council representatives, and the meeting did not quorate because members of the Democratic Alliance and ActionSA walked out of the meeting before discussing the special council sitting.

Steinhof said due to the fact that the “illegal” meeting attended by the newly elected Joburg Speaker Colleen Makhubele and several parties, including the ANC, did not have legal status, it could not justifiably decide on a special council sitting.

“We submit that it I common cause that there was no quorum and that this meeting was unlawful in terms of the rules. If this decision is bad, the court has to go back to this meeting and deem it unlawful.”

Steinhof argued that councillors were only notified after 18:00 on Thursday that a sitting would occur at on Friday.

Makhubele provided no explanation on why the urgent meeting had to take place and as a result councillors were not given enough time to prepare.

She acted contrary to her duties, Steinhof argued on behalf of Phalatse.