Phalatse alleged that JPC paid R27 million to a company that had been registered for two months. 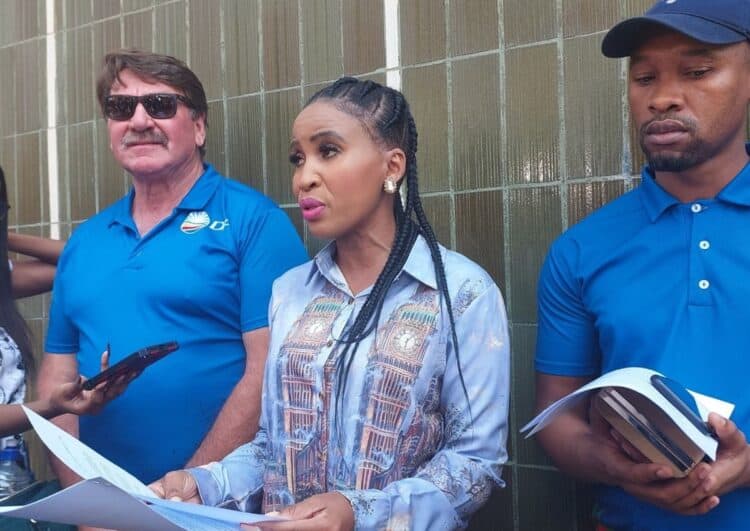 Former Johannesburg mayor Mpho Phalatse laid criminal charges at the Hillbrow Police Station on Wednesday against the ANC and the Johannesburg Property Company (JPC), which is owned by the Metro.

She’s accusing the Johannesburg Property Company of fraud and corruption.

Phalatse alleged that JPC paid R27 million to a company that had only been registered for two months at the time of receiving the payment in September this year. She also claimed that the money was used by the ANC to bribe councillors to remove the DA-led coalition from power in Joburg.

“We were reliably informed that part of this R27 million would be used to destabilise the coalition government of which I was the executive mayor, by funding the payment of bribes to councillors in order to entice them to vote against our government.”

Phalatse said she was informed about the allegations of corruption in September by the former Member of Mayoral Committee (MMC) for Economic Development, Nkululeko Mbundu, who received a tip-ff from a whistleblower.

Earlier this month Phalatse was voted out of council in a motion of no confidence, following the nomination the new Speaker Colleeen Makhubele.

Makhubele took over as Speaker after DA’s Vasco da Gama was removed through a motion of no confidence.

Phalatse was replaced by ANC’s Dada Morero who managed to gather support from coalition partners to remove the former mayor.

Phalatse said they want the matter to be thoroughly investigated as she believes these criminal charges are serious.

“We want the matter to be investigated internally and externally. We also intend to refer this matter to the public protector as it demands the attention of all critical law enforcement and investigative agencies. We will continue to monitor this case and see it to its conclusion.”