Six of the detainees were re-arrested on Saturday and Sunday 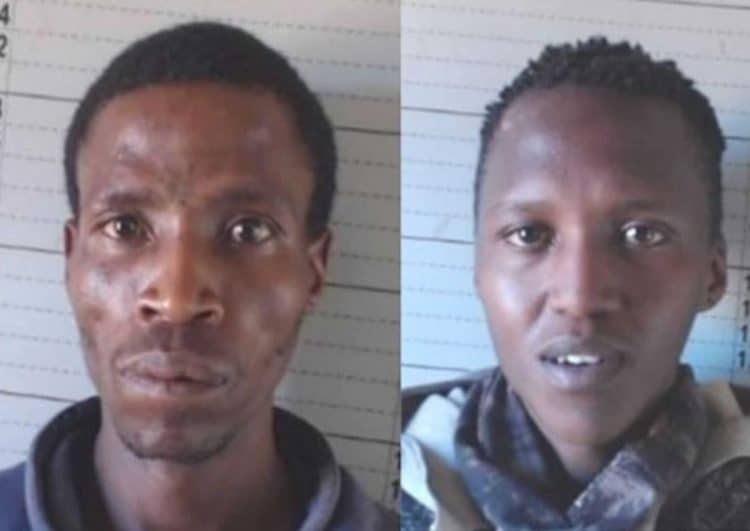 Gomolemo Chacha, 24 and Ditshebi Eric Molaetsi, 28, were among a group of eight detainees awaiting trial on charges of armed robbery, burglary and domestic violence.

“The escapees escaped together with six other awaiting trail detainees after overpowering a police officer at Wolmaransstad police station holding cells at about 4.20pm on Saturday, 13 August 2022,” said Colonel Adele Myburgh, the North West police spokesperson.

“They then took the cells key from the member (police officer) and ultimately escaped. At the time of escape, the detainees were among others, facing charges of armed robbery, murder, burglary and domestic violence.”’

Six of the detainees were re-arrested on Saturday and Sunday. Chacha and Molaetsi have not been found and are still on the run.

“Members of the community are urged not to attempt to re-arrest the escapees in case they see them, but to call the nearest police station, as they (escapees) are presumed to be dangerous,” said Myburgh.

Anyone with information on the whereabouts of the suspects is encouraged to call the nearest police station or Captain Constance Magongwa on 060 970 3958. Alternatively, you can send an anonymous tip-off on MySAPS App or contact the Crime Stop number 08600 10111.