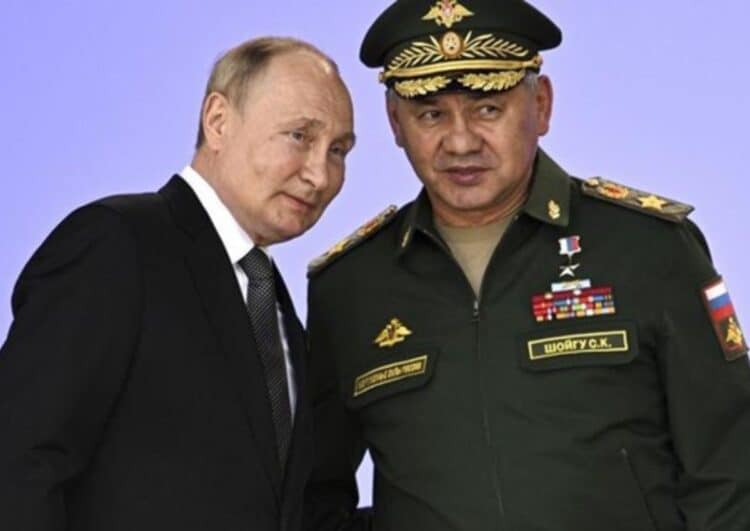 A top ally of Russian President Vladimir Putin made an extraordinary public attack on Russia’s defence minister, suggesting that he should kill himself over Russia’s recent military losses.

Kirill Stremousov, a pro- Russian Ukrainian politician who was installed as Putin’s puppet leader in the occupied Ukrainian region of Kherson, took aim at “generals and ministers” in a video message on Thursday, Reuters reported.

He singled out Russian Defence Minister Sergei Shoigu, who he blamed for the military losses to Ukraine in the northeast of the region.

“Indeed, many say: if they were a defence minister who had authorised such a state of affairs, they could have, as officers, shot themselves,” he said, per Reuters’ translation.

“But you know the word ‘officer’ is an incompressible word for many.”

Such public and insulting criticism of Putin’s top war fighters from within the system is extremely rare in modern Russia.

After more than seven months of war in Ukraine, Russia’s most basic aims are still not achieved while Russian forces have suffered a series of battlefield defeats in recent months, forcing Putin to announce a partial mobilisation.

The withdrawal of Russian forces from a strategically important town in the eastern Ukraine prompted two powerful allies of Putin this week to publicly ridicule the war machine’s leaders.

Stremousov laced his criticism with words of praise for the soldiers who fought to death, contrasting their heroism with the “incompetent military leaders” in Moscow.

“The ministry of defence does not consist only of ministers, generals, corrupt looters and other various scum, but all those heroes who gave their lives to defend Russia,” Stremousov said.

“I agree with Ramazan Akhmatovich Kadyrov who raised this issue. Well done he said.

Kidnapped Cape Town woman found and reunited with her family

‘He should not be complaining’ – Lance Davids on Hugo Broos