Ramaphosa will also resign as the president of the ANC and will pull lout of the race to be re-elected in just over two weeks time at Nasrec. 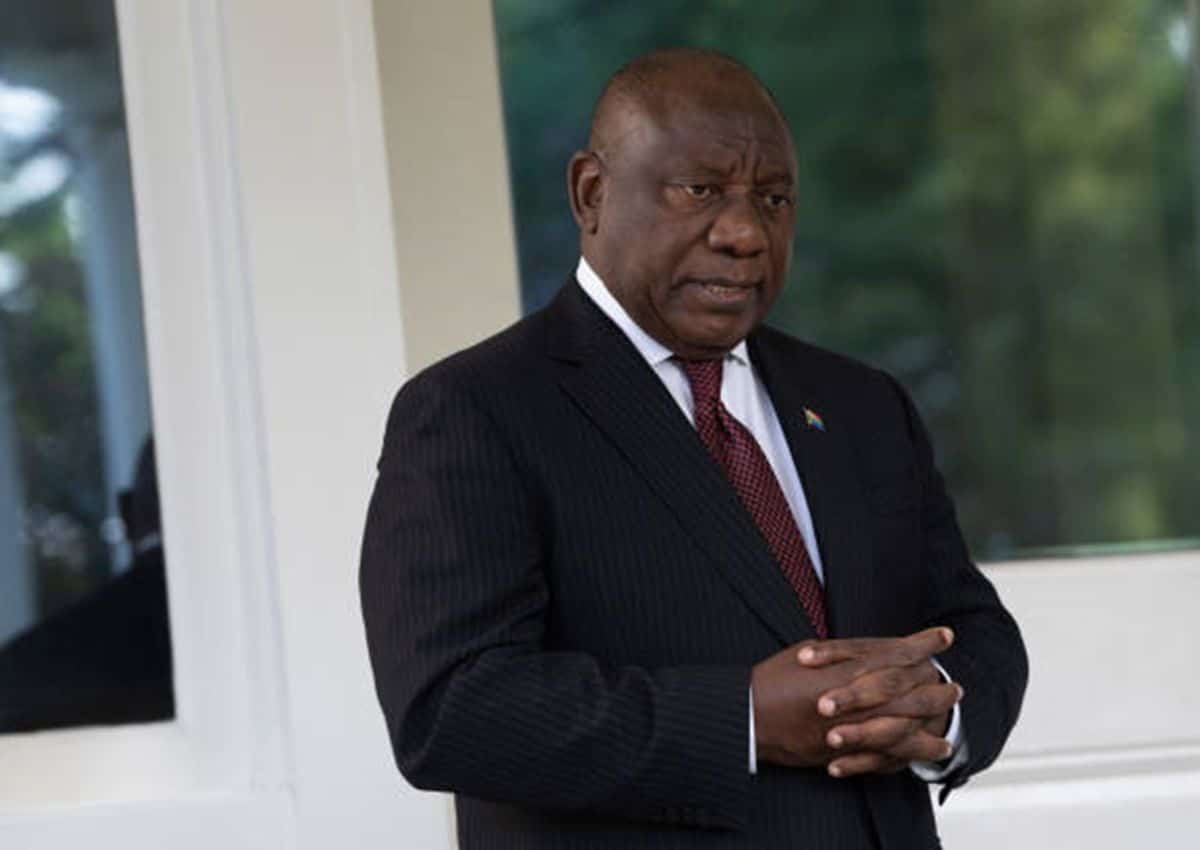 President Cyril Ramapahosa responding to questions from the media. Photo via Twitter: @DiegoChuene

President Cyril Ramaphosa has lost the political support of the ANC and is “very likely” to resign as head of the state in the next few hours.

Ramaphosa is in meetings with close allies to take advice on the matter, said the people who asked to remain anonymous as they’re not authorised to speak to the media.

Ramaphosa is “in consultations with a number of stakeholders over the permutations of the panel’s report,” Vincent Magwenya, his spokesman, said in a response sent by text message.

The president will make an announcement on his response to the report and the presidency “will advise once the time has been confirmed,” Magwenya said.

Ramaphosa will also resign as the president of the ANC and will pull out of the race to be re-elected in just over two weeks’ time at Nasrec.

A rapidly expanding political crisis in South Africa kept the nation’s currency and bond markets from joining a global rally fuelled by Federal Reserve Chair Jerome Powell’s signals for a slower pace for a monetary tightening and bets for a relaxation in China’s Covid policy.

Ramaphosa had called off his appearance before the National Council of Provinces to answer questions on Thursday at 2pm.

ANC spokesperson Pule Mabe said the ANC was an organisation of processes. It would have to sit and discuss what would happen.