Residents of Duncan Village in East London prevented governments officials from Human Settlements access to homes in need of repair. 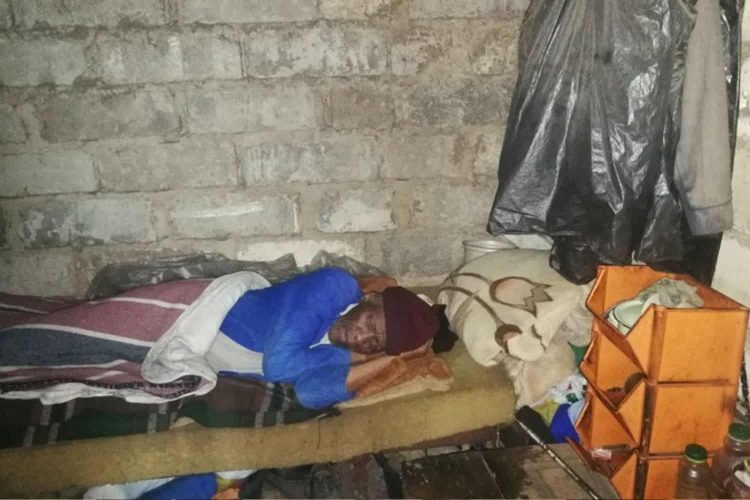 Residents in Duncan Village are worried about the state of their housing, especially the many homes belonging to the elderly. After years are trying to get government assistance they are now fed up and have prevented officials from visiting some of the houses.

The inspection followed after GroundUp sent questions to the provincial department following complaints by residents. The residents had been trying in vain to get the government to assist families living in dilapidated houses that were built more than three decades ago.

Most of the tenants are pensioners and the area has, over the years, become densely populated with shacks. Residents say the formal houses have asbestos roofs, are leaking and some have already partially collapsed with people inside. But what worries them the most is shack fires especially since many people in the area are elderly and would struggle to escape a fire.

But Human Settlements spokesperson Yanga Funani said officials were prevented from visiting the homes of two residents in need of urgent assistance by people opposed to ward councillor Clara Yekiso-Morolong.

“Our officials have been prevented from doing their work and visiting these families. We are engaging with the Buffalo City Metro to find a way for our officials to meet these families and fast-track their transit to decanting sites where they will await their homes,” he said.

Meanwhile, 81-year-old Watina Betana has lived in his Section C home for more than 30 years. He said for years they were instructed not to “tamper with the structure of the houses” because they had no title deeds. “Over time we were promised title deeds but later that changed and we were told that the government wants to relocate us to RDP houses to make way for a new development,” he said.

Betana said that if had he had known that government would not move them, he would have fixed the house’s faults with his own money.

His neighbour, Nomvulo Dumile, said they worry about Betana and other elderly residents because shack fires are common occurrences. The shacks built around the houses have already burnt twice this year, with the fire in June resulting in someone’s death.

Dumile said that while Betana does get an old age grant, he relies on the community to help him buy groceries, cook for him, do his laundry and other domestic chores.

When asked why they had prevented the officials, Dumile said the community were upset that the department was accompanied by people affiliated to councillor Yekiso-Morolong whom they believe has neglected them.

She said they are also opposed to residents like Betana being moved to another site because he relies on the community for his day-to-day needs. “These people are going to be moved into bungalows. That is not an ideal situation for Betana because he doesn’t know anybody in those bungalows. If the government is unable to fix his house they must put him in another house where we can still have access to him to ensure that he eats and takes his treatment,” she said.

Provincial spokesperson for Social Development Mzukisi Solani said it will also send social workers to do an assessment on the living conditions of vulnerable people in the area.

Misty Waters: The first music festival in SA since the pandemic