Ronaldo had not recovered in time to feature in the match in Lisbon, but he will be in the stands to support his team-mates. 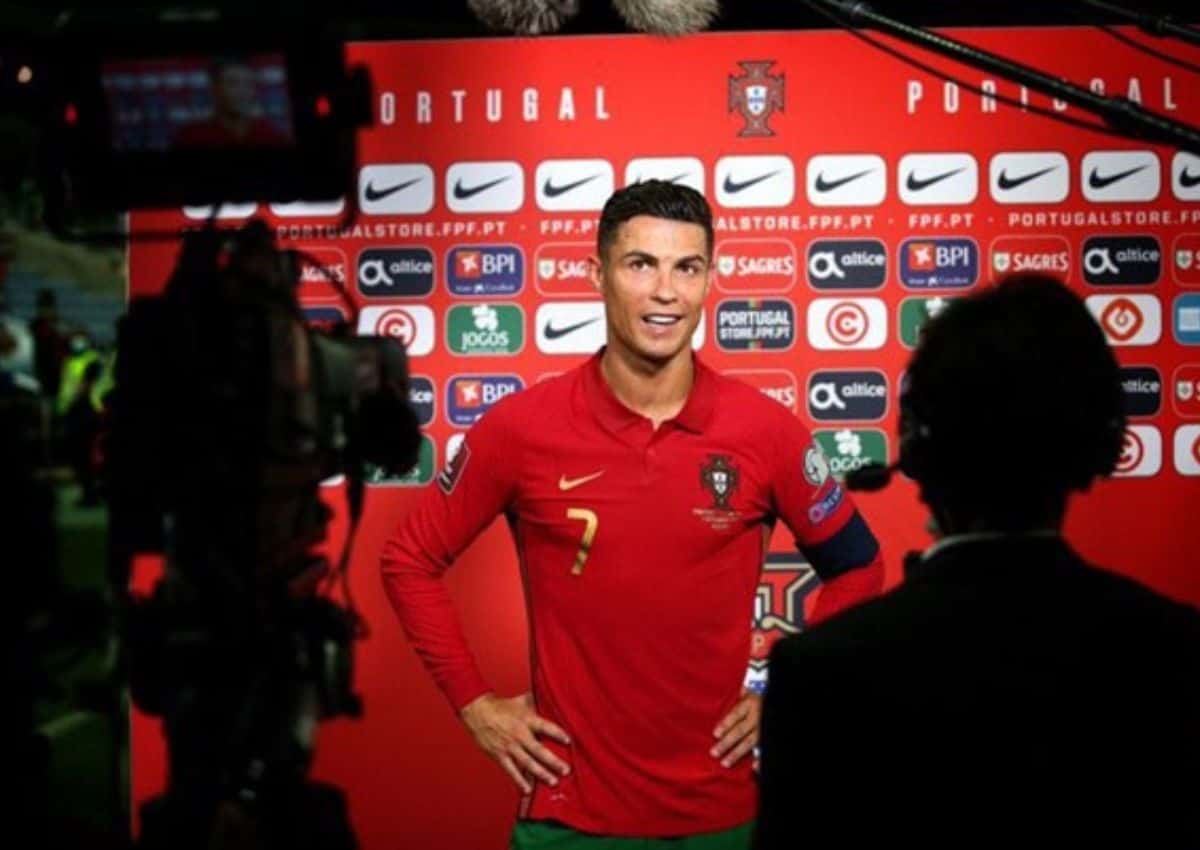 Cristiano Ronaldo speaking to members of the media after the World Cup qualifier. Photo via Twitter: @totalcristiano

Portugal’s striker Cristiano Ronaldo is suffering a stomach bug and will be left out of the team’s World Cup warm-up friendly match against Nigeria on Thursday, according to his coach Fernando Santos.

The Manchester United forward missed training on Wednesday, and had not recovered in time to feature in the match in Lisbon, but he will be in the stands to support his team-mates.

This means he will be in the stadium when the second part of his explosive interview with Piers Morgan airs on Thursday night on TalkTV.

Ronaldo gave an explosive interview on TalkTV this week I which he criticised Manchester United and said he had no respect for the coach Erik ten Hag, who has not relied on him much this season.

The first part of the interview was shown on Wednesday, where Ronaldo revealed that he almost joined Manchester City last year before retuning to Manchester United.

He then hit out at the state of the club that he had re-joined, claiming that United had shown no signs of progression since Sir Alex Ferguson retired.

Ronaldo went on to speak about former United interim boss Ralf Rangnick, insisting that he did not know who he was before he arrived at Old Trafford last season.

The five-time Ballon d’Or winner was critical of young players at United and in world football, stating that ‘they don’t care’ as much as he did when he was making his way in the sport.

The 37-year-old spoke openly about losing his baby son earlier this year and rounded off the first part of the interview by lashing out at former team-mates Wayne Rooney and Gary Neville, suggesting that the latter was only critical of him to gain more popularity.

Once recovered, Ronaldo is set to feature in his fifth and potentially final World Cup, with Portugal playing their opening math against Ghana on 24 November, before games against Uruguay and South Korea.