Sho Madjozi recently appeared on a podcast with rapper Da L.E.S to share her new children’s book but things took a little turn. 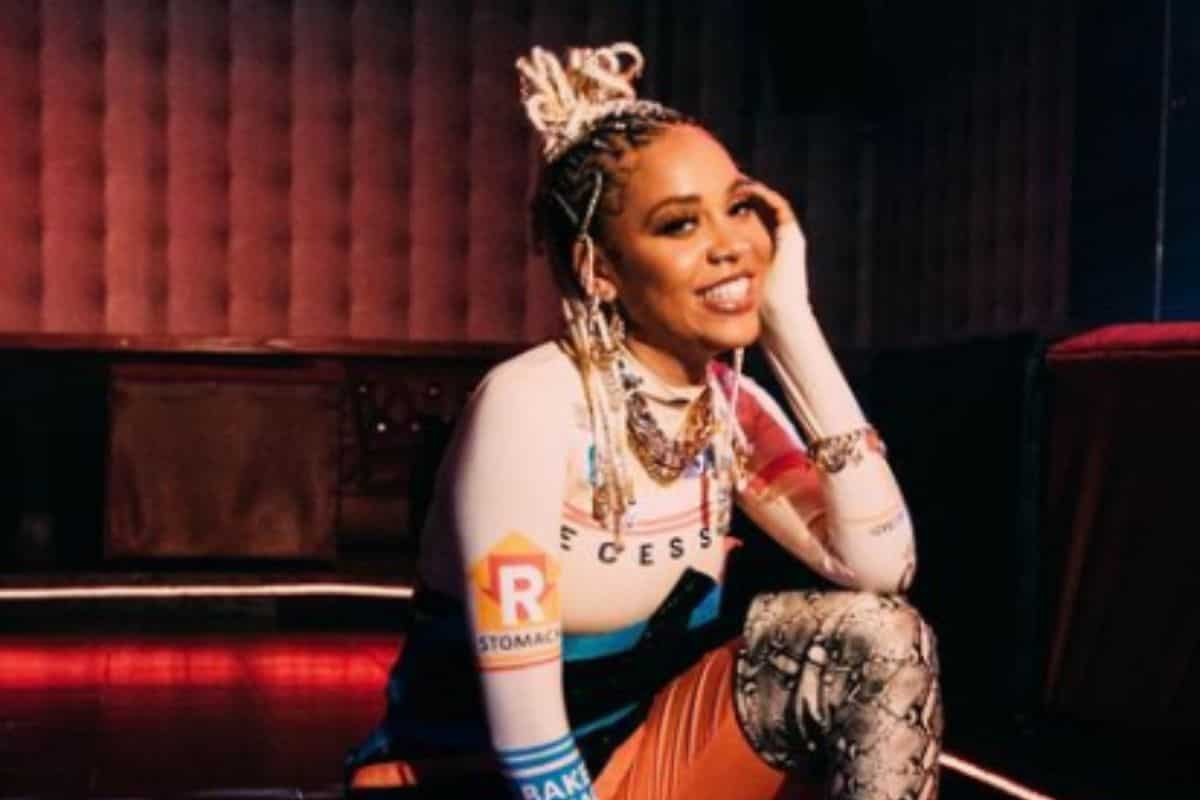 Sho Madjodzi is paying no mind to trolls trying to slam her.

In a recent interview on Da L.E.S and Friends, Sho Madjodzi shared some information on herself and her new book. However, at some point in the interview, the rapper was unable to fully answer questions rapper Da L.E.S.

Sho Madjozi gets a little tipsy

During their conversation, Da L.E.S probes Sho Madjozi about her new children’s book Sho ma and the stars. The rapper asks the John Cena hitmaker what the book is about and whether it is a story about herself.

In part of the interview, Sho Madjozi shared that she found out her dad was white at the age of nine. The rapper continued to share that she didn’t understand it at the time as she had the perception that whites were against black people. She added that she didn’t view her father in that way.

However, Sho Madjozi humorously focused on how cute the character’s nose is in the book. The rapper says, “look how cute the nose is”.

The response to the interview was met with hilarious memes as Sho Madjozi seemed to be out of place during the interview. One Twitter user shared, “Eyyyyyy man Da Les is a problem”.

Taking to her own Twitter handle, Sho Madjozi shared her take on the matter and seemed to admit that she was completely under the influence at the time she need to share some words about her book.

Da Les: let’s have a nice wholesome interview over a few drinks

She wrote, “When I lost my sister in December 2019, there was no light left in my life. That year, thousands of girls braided their hair in color. They were literally the reason I carried on. I’ve made them this book to say thank you 4 being the stars in my night.”