While a number of Russian superyachts have been seized or denied entry into Europe, the Nord was left undisturbed in Hong Kong after its arrival. 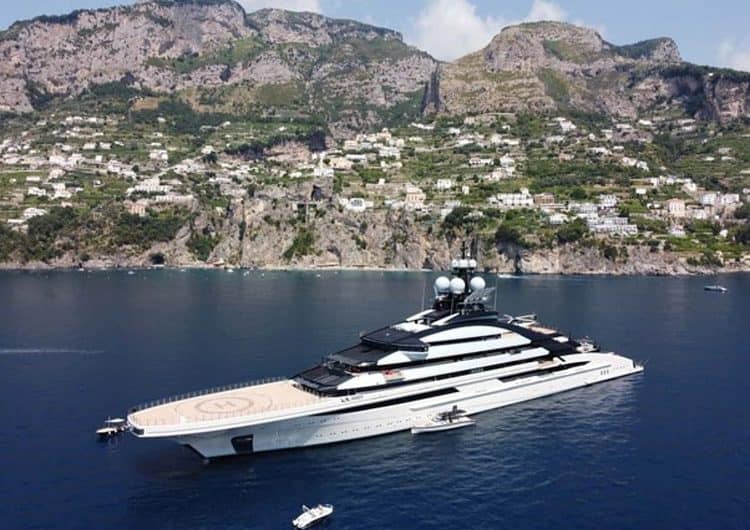 The prominent sight of the 465 foot (141-metre) multi-deck Nord in the city’s Victoria harbour in recent weeks had sparked criticism from the US State Department, which questioned the “transparency” of the financial hub and warned of reputational risks.

Mordashov, a billionaire close to Russian President Vladimir Putin was among those sanctioned by the United States and European Union- but not the United Nations- after Russia’s invasion of Ukraine, due to their close relations with Putin.

While a number of Russia superyachts have been seized or denied entry in Europe and other jurisdictions, the Nord Was left undisturbed in Hong Kong after its arrival on October 5.

Valued at over $500m (9.1bn), it arrived via a seven-day voyage from Vladivostok in Russian Far East, down through the sea of Japan and the East China Sea.

The Hong Kong Marine Department later confirmed to Reuters that the Nord had departed Hong Kong on Thursday but said it could not comment any further.

A spokesperson for Mordashov, Russia’s third-richest person, said the billionaire has been in Moscow since the Nord arrived in Hong Kong and declined to comment on where the superyacht was heading.

It is not clear whether Cape Town is the destination is the Nord’s final destination or whether its crew has received assurance that it will be safe there.

Hong Kong’s leader John Lee said on 11 October, the city’s authorities would not act on unilateral sanctions imposed on Mordashov by individual jurisdictions.

“We cannot do anything that has no legal basis,” said Lee, who himself has been sanctioned by the US for his role on a crackdown on local freedoms.