Even though the fake job post included what appears to be an official Sassa email, the real catch here was a bit.ly link. 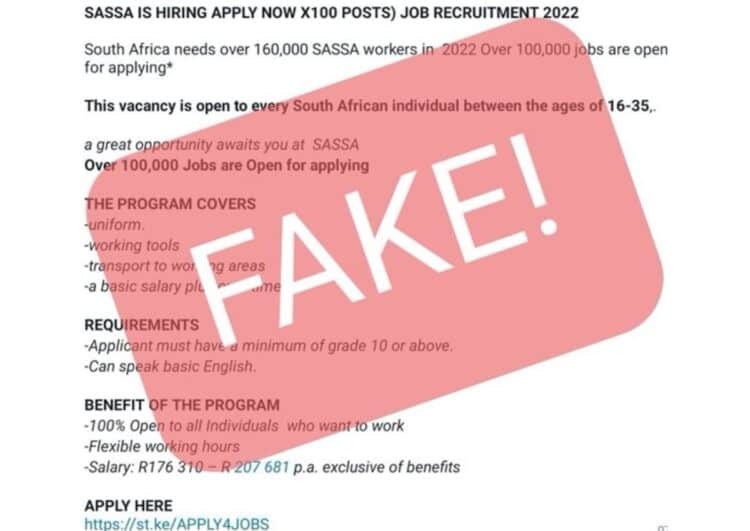 A poster circulating on social media on Monday said the agency has more than 100,000 vacancies and wants to hire people between the ages of 16 and 35.

Another fake post shared on social media claims the agency is looking for 200 unemployed youth; for a 12-months contract with a stipend of R4800 per month.

As per the advert, South African citizens between the ages of 18 and 45 were eligible to apply, if they had a clear criminal record.

Even though the fake job post included what appears to be an official Sassa email, the real catch here was a bit.ly link.

Bitly (one of the most popular link shortening services) in itself isn’t harmful but can be used by scammers in nefarious ways.

Sassa said all real vacancies will be advertised in national newspapers or the agency’s website.

The fake advert was likely created in an attempt to boost the recruitment site’s online traffic.