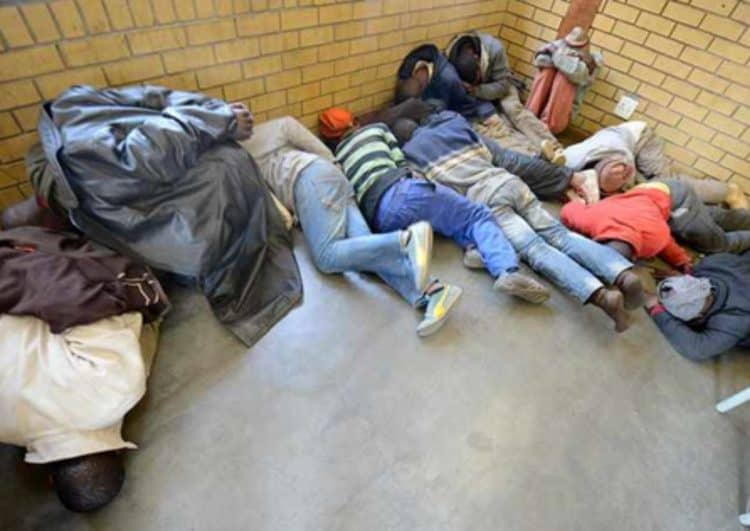 Seven illegal miners who were arrested during raids in Krugersdorp appeared in court on Wednesday where they were charged with rape, following the gang rape of eight women two weeks ago.

These seven are part of the eighty-one illegal miners who were arrested on charges of being in the country illegally.

“There is a prima facie case against the seven that appeared today (Wednesday). The charges relate to the incident that happened to a crew that was busy filming a music video in the West Rand,” Phindi Mjonondwane, the National Prosecuting Authority (NPA) spokesperson told Journalists outside the Krugersdorp Magistrate’s Court on Wednesday.

The suspects who were arrested on illegal immigration charges during the police raids in Krugersdorp have now been charged with multiple counts of rape, sexual assault and robbery with aggravating circumstances.

“The prosecutor first had to go through the contents of the docket and satisfy herself that there is prima facie evidence, hence all the 14 accused from the 64 accused that appeared in court are niw facing charges, ranging from multiple counts of rape, sexual assault, and robbery with aggravating circumstances,” she said.

Mjonondwana confirmed that an identification parade took place on Tuesday. “We cannot rule out the possibility of more people being charged and added to the docket that consists of rape charges. We will be guided by the direction the investigation takes,” she said.

The case was postponed to 28 September 2022 for further investigation.