Hail most often occurs as a result of a heatwave. However, it is reported that this occurred for more than one reason. 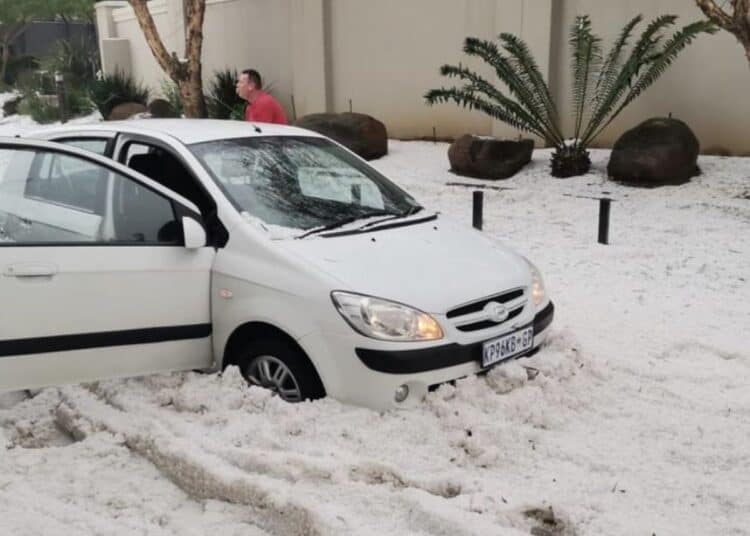 Gauteng in the South of Johannesburg experienced a severe hail storm this past Tuesday. This caused a huge blockage of cars on the roads.

The witness shared, “Imagine if there was no litter or blocked stormwater drains. This water would not cause havoc like this every time it rains.”

Thus far, the Gauteng weather Service shared that emergency services are working on cleaning up the roads. As a result of the severe hail storm experienced on Tuesday.

Presently, Gauteng will be experiencing gruesome weather changes as the weather stats show a number of Thunderstorms taking place in different cities.

Yesterday, TrafficSA shared some images of the heavy traffic in Johannesburg as a result of the heavy rains taking place. They noted that drivers should be vigilant and drive safely due to the possible hazards in the heavy rains.

Currently, this is not the end of the severe weather experienced in Gauteng. As the weather has been rather up and down in the province. According to The South African, SAWS previously warned that the storm is moving more toward the Northern part of Johannesburg on Tuesday.

Right now, IOL also reports that the weather is expected to become more severe. As strong winds, lightning, and rain are expected in the coming days.