The SIU has rejected the claims saying it has not cleared anyone. 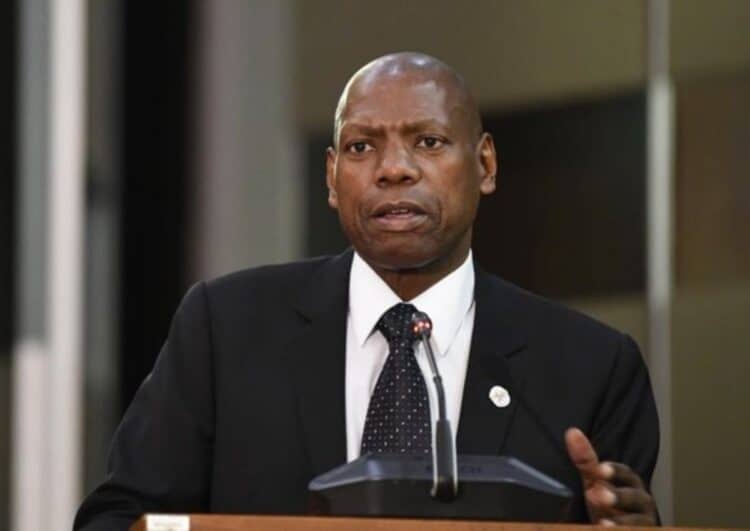 Special Investigating Unit rejects a report that claims Zweli Mkhize has been freed from the Digital Vibes saga. Photo via Twitter: @SaneleSuper

The Special Investigating Unit (SIU) has confirmed that it has not cleared anyone in the Digital Vibes matter, which includes former health minister Dr Zweli Mkhize.

The SIU was responding to an article that was published by IOL, titled “SIU clears Zweli Mkhize in Digital Vibes scandal” which was published on Tuesday.

The SIU has rejected the claims saying that it has not cleared anyone.

According to the report in IOL, Mkhize called on the SIU to make amendments the Digital Vibes report, following its admission that it did not have the Cabinet documents it had relied on to make the adverse findings against him.

The publication further states that the SIU’s response, which come through Mkhize’s legal team, said the documents “either does not exist or are not in the SIU’s possession”.

“That prompted Mkhize to call for the report to be amended so that his name could be cleared and that the SIU had no evidence against him,” reported the publication.

The SIU has then responded saying that it did not clear anyone in the Digital Vibes tender scandal.

The SUI is investigating Mkhize’s involvement in the awarding of a R150 million communication tender to Digital Vibes during the Covid-19 pandemic, which later led to his resignation as health minister.

The SIU said it has taken note of the article that is misleading.

“As the publication has the potential to mislead the public, the SIU is enjoined to set the record straight.”

“SIU has not cleared anyone in the Digital Vibes matter. The matter is currently pending in the High Court. Due to this matter pending in the court, the SIU will respect the court process and not comment further,” it said.

Mitsubishi Outlander PHEV Wins No. 1 PHEV Sales in Japan in First Half of FY2022

Jada Pinkett Smith expresses regret for dating Will too soon