North Korea, Belarus, Syria, Nicaragua and Russia were the only countries which voted against the motion. 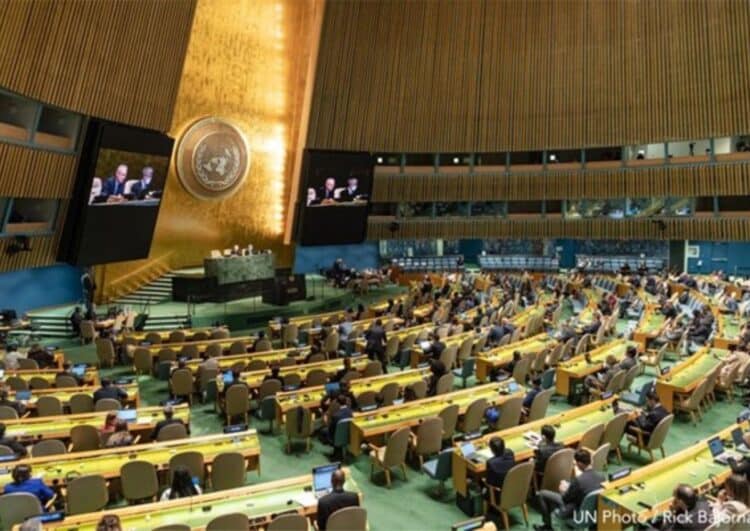 South Africa was one of the 35 countries who opted to abstain from a vote which condemns Russia’s annexation of Ukraine territories.

On Wednesday, members of the United Nations (UN) General Assembly voted against the annexation of partially occupied territories in Ukraine, including Kherson, Luhansk, Donetsk and Zaporizhzhia regions.

The resolution debated on Wednesday whether to condemn Russia’s “ill so-called referendums” in the Ukrainian regions and its “attempted illegal annexation” of them was carried by the necessary two-thirds majority of the UN members, with 143 votes going in favour of the motion, five against and 35 abstentions.

North Korea, Belarus, Syria, Nicaragua and Russia itself were the only countries which voted against the motion as it passed having received 143 votes.

The resolution stated that the referendums held in the four regions from 23 to 27 September 2022 while they were partly under the temporary military control of Russia and the subsequent attempted illegal annexation of these regions, “have no validity under international law and do not form the basis for any alteration of the status of these regions of Ukraine.”

It noted that the regions had been under “temporary military control of the Russian Federation, as a result of aggression, in violation of the sovereignty, political independence and territorial integrity of Ukraine…”

Earlier this year, South Africa along with other countries decided to abstain in a resolution to suspend Russia from the Human Rights Council.

Some of the countries that voted alongside South Africa, took a different stance during this week’s vote.

Morocco, Bangladesh, Saudi Arabia, Iraq and the United Arab Emirates voted in support of the resolution.

South Africa’s ambassador to the UN, Mathu Joyini, in her explanation of the country’s decision to abstain, said South Africa considered the territorial integrity of Ukraine to be “sacrosanct” and rejected any action of a state which violated the UN Charter.

“We abstained n the resolution because we believe that the objective of this assembly in keeping with its mandate must always be to contribute to a constructive outcome conducive to the creation of sustainable peace in Ukraine. Unfortunately, some elements of the resolution do not address this.

“In the context of the heightened tensions in recent days, all efforts should be geared towards a ceasefire and a political solution. Mr President, the General Assembly must stand together in seeking peace and unanimously call for an immediate end to the war. That should be our immediate focus.”

Cartoon Network is not shutting down amid staff layoffs