South Africa’s Constitutional Court: the case for judicial dissent, and the caveats

Dissent often arises from disagreement between the judges about what the constitution requires in a particular case. But only the argument that garners majority support authoritatively answers that question. 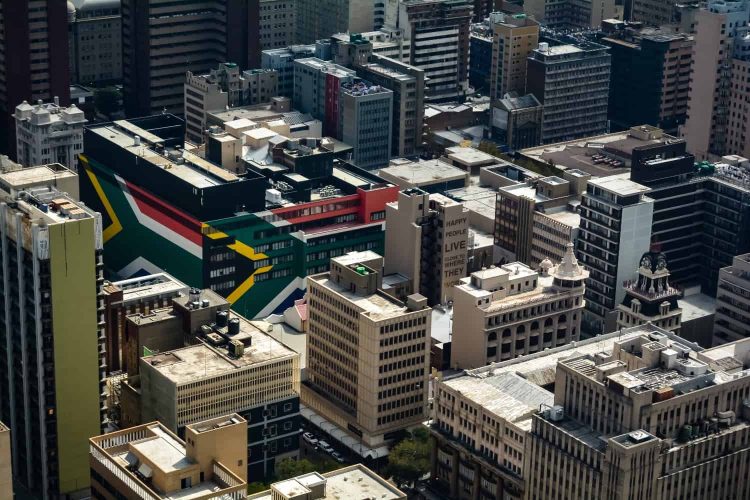 Photo by Jacques Nel on Unsplash

When constitutional democracy is under strain, how should we view disagreement among judges in a court of (supposed) last resort?

First, it was Acting Deputy Chief Justice Khampepe who read the court’s reasons for its punitive order sentencing former president Jacob Zuma to 15 months’ imprisonment. This was for contempt of its earlier order directing him to comply with the summonses and directives issued by the Zondo Commission.

Then, two days later, Justice Jafta delivered the court’s withering critique of Public Protector Busisiwe Mkhwebane’s disregard for both the facts and the law in her findings and remedial action against President Cyril Ramaphosa in relation to campaign donations.

The outcome of each case is of undeniable political consequence. They add to a string of legal losses that has landed the former president in prison and the incumbent public protector perilously close to impeachment.

Taken together, the judgments shift the fault lines of power in South Africa’s fragile democracy.

But the court was split in both decisions.

While the court was unanimous in finding Zuma in contempt of its orders, a partial dissent written by Justice Theron (with Justice Jafta concurring) parted ways with the majority on the question of sanction. And in the campaign donations case, Chief Justice Mogoeng found himself alone in finding merit in the public protector’s appeal.

These minority judgments are now being used to shore up support for spurious challenges to the finality of the court’s judgments. Zuma has applied to the court for the rescission of its “erroneous” and “unconstitutional” judgment. And Mkhwebane has indicated that she may follow suit with a rescission application of her own.

This calls into question the status of minority judgments in a court of last resort. The court’s answer to Zuma’s rescission application will influence the future practice of judicial dissent. But it will also have profound implications for the court’s authority and the rule of law in South Africa.

Zuma has long questioned the logic of dissents. He did so most memorably in an interview with The Star in February 2012:

How could you say that judgment is absolutely correct when the judges themselves have different views about it? … There are dissenting judgments. You will find that the dissenting one has more logic than the one that enjoyed the majority. What do you do in that case?

On this occasion, Zuma is using a minority judgment to mount a more fundamental challenge to the authority of the court’s ruling against him.

the unprecedented announcement that the Constitutional Court had acted unconstitutionally and therefore irrationally or has exceeded its judicial authority and mandate (para 95).

This is a legal sleight of hand.

Dissent often arises from disagreement between the judges about what the constitution requires in a particular case. But only the argument that garners majority support authoritatively answers that question. This simple but incontrovertible fact means that even the judges in the minority – notwithstanding their disagreement – would now have to recognise that the contempt case against Zuma was authoritatively and finally settled by the majority judgment.

But, in keeping with his strategy of litigating by letters, Zuma’s distortion of the court’s decision appears aimed at influencing the court of public opinion.

This is why the rescission application constitutes a continuing – and indeed more radical – assault on the court’s authority and the rule of law. And here’s the rub: Zuma portrays the dissent as having split the court in an internecine power struggle that renders the authority and finality of all its judgments open to contestation.

Questioning the value of dissenting judgments

Should South Africans lament the fact that the court did not speak with one voice when sanctioning Zuma for his contempt of court?

A unanimous judgment can be a powerful way to deliver justice in politically divisive cases. But there are reasons to value dissent even when – and perhaps especially when – one agrees with the majority judgment.

Dissent is a vital sign that judicial independence is alive – and kicking.

A split judgment bears out the existence of disagreement that is only possible where there is independent-mindedness on the bench.

It could be argued, in fact, that applying the law “impartially and without fear, favour or prejudice” requires that judges be allowed to dissent. This is not to diminish the value of judicial deliberation aimed at reaching consensus. Rather it is to make the point that forcing consensus would ignore the inextricable link between a judge’s freedom to dissent and their duty to apply the law impartially as a member of an independent judiciary.

The publication of dissenting judgments also makes judges answerable for their decisions.

The Constitutional Court, like other apex courts around the world, settles disagreement between judges through majority decision-making. This is not simply a hand-raising exercise. Rather, judicial deliberation is a reason-giving practice. Judges are not only entitled – as an exercise of judicial independence – to voice their own opinion. They are also obliged to do so and to support their view with reasons.

The transparency of the court’s reasoned disagreement does not undermine its authority. On the contrary, dissent forces engagement with opposing views and, by inviting refutation, shows why one argument commanded the majority.

Dissent as a counterpoint to political rhetoric

But does all this hold true in troubled times, when majority decisions are denounced as “angry and emotional” and dissents are distorted for political gain?

My answer is yes. Transparent and reasoned disagreement is the best antidote to the kind of noxious discourse that seeks to undermine public confidence in the court.

Nevertheless there is a caveat. Robust judicial debate should be welcomed. But any points of disagreement should be spelled out through reasoned argument that does not jeopardise collegiality or public confidence in the judiciary.

The court has, for the most part, been beyond reproach on these scores. But the need for judicial discipline is heightened in politically divisive cases where the court’s own words may be used against it by a litigant on the losing side.

And this is the sting in the tail of this defence of dissents.

Sting in the tail

In the Zuma contempt case, the minority advanced strong reasoning but regrettably also resorted to rhetoric that provided a foothold for discrediting the court. Most troubling is the accusation that the majority created law that is “not just bad; it is unconstitutional” (para 191). Unsurprisingly, the minority’s valuable insights have been overshadowed by selective soundbites more likely to trend on Twitter than persuade in legal argument.

In the campaign donations case, Chief Justice Mogoeng invoked the judicial oath in support of his sympathetic stance towards the public protector. But in doing so, he fed a political narrative that judges are biased along factional lines – the very discourse he enjoined the majority to eschew.

Notwithstanding these slips in judicial voice, the court should offer no apology for its split judgments.

This is what hangs in the balance in Zuma’s rescission application: Will the court affirm both the value of the dissent and the finality of the majority decision? Or will the judges stubbornly rehash the debate that previously divided them and so fall prey to the attack on the court’s authority?

Somewhat paradoxically, if the virtues of dissent are to be vindicated, the court must now affirm in unanimous voice that it has settled the law – and settled it finally.

Why green hydrogen — but not grey — could help solve climate change