Tokyo 2020: with no spectators, local sponsors lose out

After much deliberation over whether spectators would be allowed, a new COVID-19 state of emergency in Japan sealed the deal: this year’s Olympic Games will have no domestic or foreign spectators. 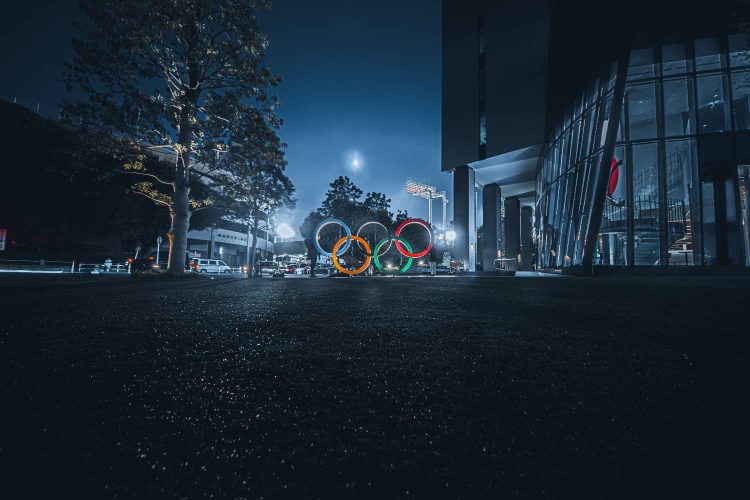 Photo by Ryunosuke Kikuno on Unsplash

After much deliberation over whether spectators would be allowed, a new COVID-19 state of emergency in Japan sealed the deal: this year’s Olympic Games will have no domestic or foreign spectators. Despite this, the Tokyo 2020 organising committee is going full steam ahead to deliver the delayed games later this month.

A lack of spectators will undeniably change the atmosphere of the games for athletes, but there is an economic cost too that will be invisible to those watching at home – over 60 domestic sponsors who rely on in-person interactions with Olympics fans.

The Olympics is an economic gamble for the city or region chosen to host the Games. Global and domestic partnerships are integral to a successful event and in generating revenue to pay for stadiums, facilities and transport.

At Tokyo 2020, there are three tiers of local partners known as “domestic sponsors” led by the organising committee: gold partners, official partners and official supporters. Across these categories, companies provide specialist services to support the running of the games.

Domestic sponsors tend to be local to the city or region hosting the event. This year, Japanese companies such as Asics, Canon and EY Japan are providing support in sporting goods, cameras and printers and professional consultancy services, respectively.

This year, worldwide Olympic partners such as Coca-Cola will still reach large audiences – they received 500 million social media impressions during the 2016 games. But without in-person spectators, domestic sponsors will be denied important opportunities to interact with fans and potential business partners. Instead, they will be forced to deliver initiatives digitally and from afar.

Still, due to contract extensions because of the delay, sponsors are expected to generate over US$200 million (£144.5 million) in additional contributions.

The involvement of domestic sponsors is critical as they have pumped more than US$3 billion into the games – 60% of the organising committee’s total budget. In 2019, Tokyo 2020 was reported to have secured record domestic sponsorship revenues. These sponsorship agreements depend on creating in-person opportunities – through business meetings at city buildings and sporting venues, and access to fans.

Sponsorship grants brands exclusive access to networking at trade forums under the Olympic banner and the possibility of face-to-face interactions with fans and athletes at test events, training camps, venues and “live sites”.

Live sites, otherwise referred to as “fan parks”, are located throughout the host country and have been instrumental to organisers in past games as sites of economic development between fans and sponsors.

Fan parks were slated to be a mainstay of Tokyo 2020’s festival atmosphere, with live entertainment and performances. A series of live sites and fan trail spaces where people could watch events were announced, but later cancelled.

Throughout the pandemic, the organising committee has shown little comprehension of local interests by refusing to cancel the games on health grounds, yet demanding that Tokyo proceed to deliver the games, as there is no plan B.

Some sponsors have called for a delay in hosting the Games to allow spectators to attend, enabling businesses to recover what they have spent on marketing. Key sponsors such as Toyota have expressed concerns over national teams cancelling pre-Games training camps and have reduced their promotional efforts.

Revised event plans and COVID-19 protocols, designed using a number of “playbooks” and developed by the organising committee, were an attempt to deliver a safe games and overturn the city’s economic decline.

The IOC’s strategic plan, which looks forward to 2025, has a focus on financial resilience and improving revenue generation with global sponsors. But alternative domestic sponsorship plans for Tokyo 2020 have been overlooked.

The IOC has not provided adequate digital alternatives to the lack of physical engagement between sponsors and fans. For example, Tokyo 2020’s online Fan Zone has been more focused on the fan experience rather than enhancing opportunities for sponsors.

Local sponsors are set to be frozen out of the real benefits from participating in the Tokyo Games. There is no clear indication of how sponsorship agreements will adapt without spectators. The organising committee must find opportunities for sponsors to be aided both online and digitally, or risk losing lucrative offers from domestic sponsors that could revive local business interests in regions that are hosting events.

Why have South Africans been on a looting rampage? Research offers insights