The unrest in Thokoza Park takes place hours before Cyril Ramaphosa is expected to address the community. 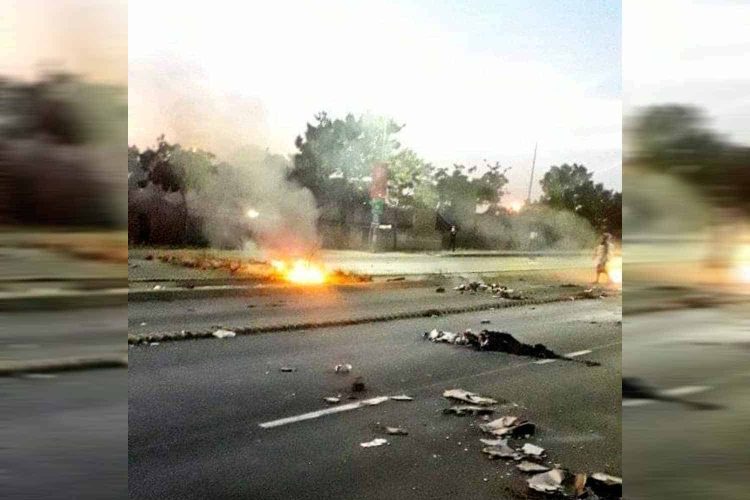 Thokoza Park, in Soweto, Gauteng, has been affected by violent protests on Friday and motorists have been warned to practice extreme levels of caution.

The unrest in the Soweto township comes on the day political parties are expected to launch their final electioneering push in the region.

President Cyril Ramaphosa is expected to hold an address in Thokoza Park on Friday evening, hours after his ANC cadres warm things up with door-to-door campaigns.

While the reasons for the latest Soweto protests are yet to be unveiled by the organisation behind the unrest, it’s been widely reported that residents in the region have long been disgruntled with service delivery.

Blocked drains and overflown sewage are just some of the problems faced by the community and on Friday, their disgruntlements were taken to the streets.

At the time this article was published, public order police had descended on the area to monitor the unrest. No arrests have been made thus far.

From what we understand, much of the unrest that erupted on Friday morning has been concentrated on the area between Thokoza Park and Rockville.

In particular, protesters have closed off access to Chris Hani Road.

Motorists are advised to avoid the area as reports of rock-throwing have surfaced.

How to Increase the Memory Limit for WordPress