The suspect has been remanded in custody until 19 October 2022 for legal representation. 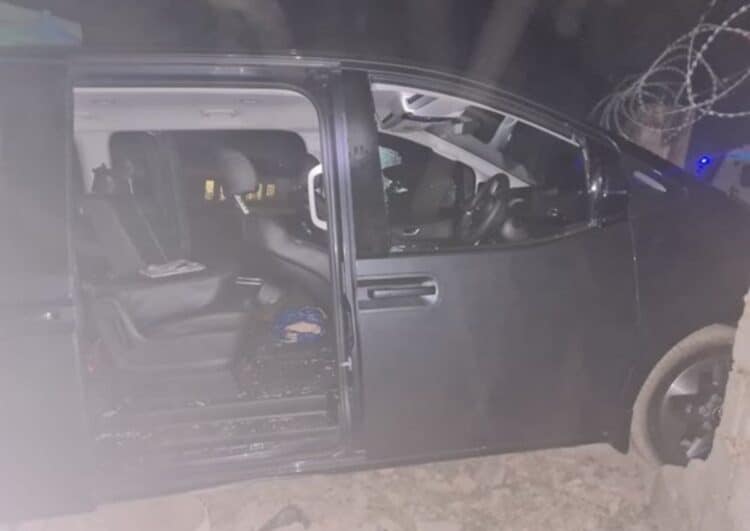 Motor vehicle in which the German tourist was shot and killed in an alleged attempted hijacking. Photo via Twitter: @ChannelntvLive

Mpumalanga police have arrested a suspect in connection with the murder of German tourist Jorg Schnarr near the Nambi gate of Kruger National Park earlier this month.

While three men were taken in for questioning and then later released, one suspects has now been arrested for the murder of the German tourist.

Napoleon Joseph Nyalungu, 32, appeared in the KaBokweni Magistrate’s Court on Friday on charges of murder, attempted murder, and attempted hijacking, following his arrest on Wednesday.

Brigadier Selvy Mohlala, the police spokesperson said: “A 32-year-old suspect was arrested on Wednesday in Nelspruit and is appearing before KaBokweni Magistrate’s Court on Friday, 14 October 2022, facing charges of murder, attempted murder and attempted hijacking.”

The arrest comes after three men were initially taken in for questioning about the murder of the German tourist.

75-year-old Jorg Schnarr, was fatally shot and killed in what was believed to be an attempted hijacking on Nambi Road, on the way to the party’s lodge, on Monday, 3 October.

“On the day of the attack, it was reported that four tourists from Germany were allegedly travelling in a Hyundai H1 on Nambi Road en route to Nambi gate at Mdluli Safari lodge. They were stopped by three armed suspects driving In a VW Caddy.

“The suspects are said to have instructed the tourists to open the doors of their vehicle, but when the driver reportedly locked the doors, apparently one of the suspects shot him in the upper body through the window.

“It is further said that the victim’s vehicle drove in reverse for about 100m before crushing into the wall of Heroes Academy. Unfortunately, the driver died on the spot. The suspects reportedly sped off in their vehicle without taking anything from the tourists.

Nyalungu has been remanded in custody until 19 October 2022 for legal representation.

Great weeknd ahead as Eskom announces the suspension of load shedding