Thuli Madonsela challenged hecklers to revisit her 'State of Capture' report amid backlash over revelations made by Ramaphosa. 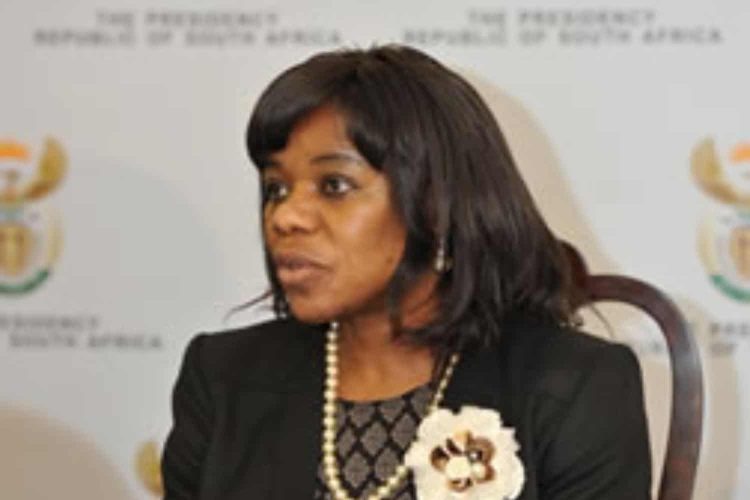 Former Public Protector Thuli Madonsela was forced to address hecklers on social media after her name surfaced in the backlash that came as a result of President Cyril Ramaphosa‘s appearance at the State Capture Inquiry.

The current incumbent concluded his two-day testimony on Thursday, furnishing Deputy Chief Justice Raymond Zondo with his encounters with graft during a period when he served under former president Jacob Zuma as his deputy.

Unfortunately, not much new insight was yielded by the commission in Ramaphosa’s return to the hot seat. For the most part, the president drew blanks when he was questioned about his knowledge on a number of shoddy dealings that allegedly took place under his watch.

For instance, the infamous meeting in early 2015, between Zuma, former SAA head Dudu Myeni and other state capture cronies, that was allegedly held in KwaZulu-Natal (KZN) before four Eskom executives — including former CEO Tshediso Matona, finance director, Tsholofelo Molefe, and two others — were coincidentally suspended, the president knew nothing about.

Perhaps, the admission that triggered hecklers into crowding Madonsela’s timeline on social media came when Ramaphosa revealed that disgraced Eskom CEO Brian Molefe’s appointment shortly after the disbandment of the ‘war room’ was a result of his recommendation to Zuma.

“He had proven himself to be quite an effective CEO and let’s give him the responsibility so then there will be one entry point and then all of us would then stop what we were trying to do with regard to Eskom because it leads to confusion,” the president said.

Ramaphosa ended his testimony thanking the commission for its work and called on whistleblowers and remaining state capture insiders “to act together to prevent corruption in all its forms.”

A number of interpretations surfaced after Ramaphosa concluded his two-day testimony. For some, the president had taken a bold step in gracing the commission with his appearance and, unlike his predecessor, subjecting himself to gruelling questions on his knowledge of the infamous Gupta links.

“I don’t remember that a sitting head of state in our country has submitted himself to a commission and effectively said ask me whatever questions you want to ask me about these matters and I will do my best to answer, which is what you have done,” Zondo told Ramaphosa.

On the other side of the argument, certain statements made by Ramaphosa, particularly concerning the shoddy appointment of Molefe that, for the longest time has been branded as a Gupta ploy, raised serious questions about Madonsela and her State of Capture report that catapulted the work of the inquiry.

In his testimony, Ramaphosa revealed that Molefe’s name was brought up to Zuma by him, at a time when he had come to the realisation that “there were just too many initiatives (with regards to saving Eskom) that were all happening at the same time.”

This is contrary to reports that Gupta associate Salim Essa had allegedly known about Molefe’s subsequent appointment as Eskom CEO in 2015, a year before it happened.

Questioned by the commission’s evidence leader Advocate Pule Seleka, Ramaphosa claimed to have knowledge of the Gupta’s influence in Molefe’s appointment. In his view, the emergence of Zuma’s alleged culpability in placing Molefe who, according to Madonsela’s report, was handpicked by the Guptas, is pure coincidental to his version.

This portion of the president’s two-day testimony is what’s lingered as a contentious topic on social media. Hecklers have since camped on the former public protector’s timeline, calling for her public apology for misleading the nation about the Guptas and state capture.

In response, Madonsela challenged naysayers to revisit her 355-page report to fully comprehend the facts.

To the paid bots, I understand you are doing your job and to those whose patronage financial streams have been interrupted by anti-state capture action, I understand your pain, BUT please read the #StateOfCapture report and base whatever you say on it, not fiction #JustAThought

Why driving an electric vehicle might not be morally praiseworthy