The Judicial Conduct Appeals Committee recommended that a tribunal be established to investigate allegations against both of them. 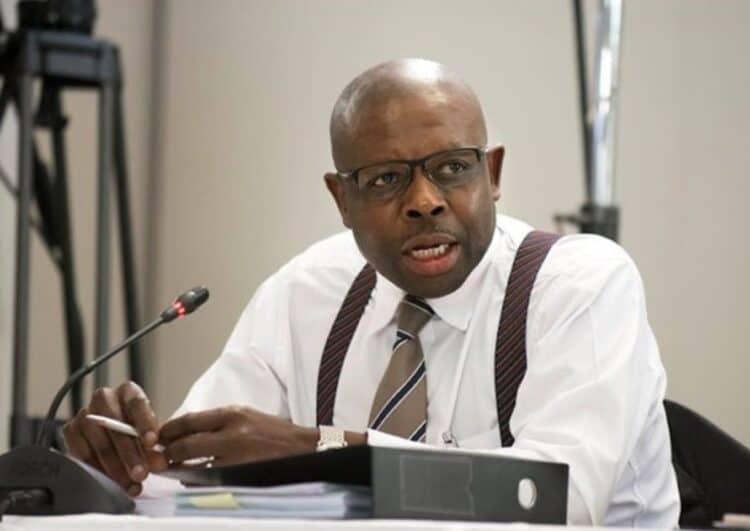 This decision comes after the Judicial Conduct Appeals Committee recommended on Tuesday that a tribunal be established to investigate allegations against both of them.

The tribunal will investigate Hlophe’s allegations against his deputy Patricia Goliath which include racism.

The tribunal will also investigate allegations by Goliath against Hlophe of assault, abusive language and abuse of power in relation to the office of the deputy judge president.

Hlophe had lodged an appeal after former Chief Justice Mogoeng Mogoeng recommended in 2020 to the Judicial Service Commission’s conduct committee that it advise the commission to establish a tribunal to probe the claims against Hlophe.

Goliath had initially lodged a complaint of gross misconduct against Hlophe and his wife, Judge Gayaat Salie-Hlope.

“The framing of this complaint in this manner may not be ideal to the extent that some of the alleged acts of misconduct asserted therein could well constitute self-standing complaints, as adverted to by the Chief Justice in his decision and The JP in his submissions on appeal,” the ruling said.

Mogoeng had recommended that a tribunal investigate three of Goliath’s claims against Hlophe.One of the complaints was that Hlophe allegedly assaulted a Judge in his division.

On Tuesday, the appeals committee dismissed Hlophe’s appeal against Mogoeng’s decision that a tribunal be established to investigate and report on complaints by Goliath.

However, the committee said it differed with Mogoeng on some aspects.

One related to utterances allegedly made by Goliath to Hlophe’s wife.

“I do not think the issue can be resolved on paper. Particularly at this stage of the proceedings,” judge Nambitha Dambuza said in her ruling.

Carol Ofori Reflects On The Importance Of Celebrating Our Heritage