Taylor Swift previously surprised fans at the MTV Music Awards by revealing that her new album Midnights will be released on October 21st. 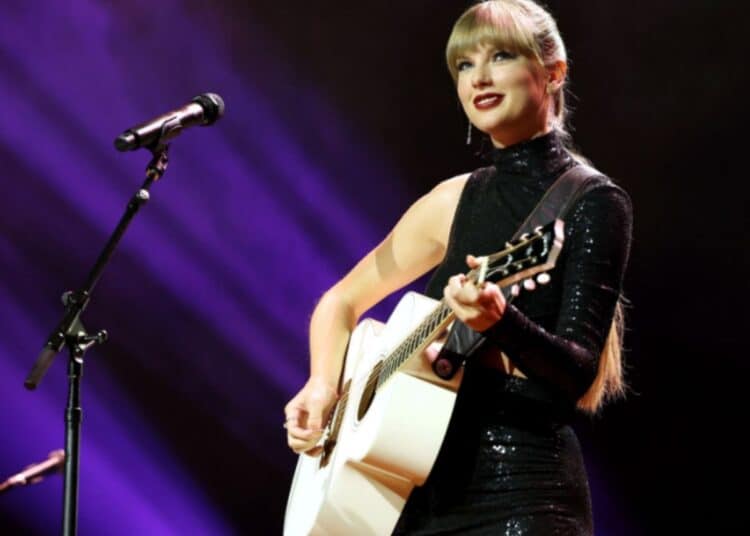 Taylor Swift recently performed the acoustic version of her 10-minute song All Too Well. Photo: Twitter/midiaTSBR

Taylor Swift is still making swifties proud as the singer recently accepted the award for artist of the year at the Nashville Songwriter Awards.

Thus far, all of the swifties were first up in arms after Taylor Swift wrote the song All too Well which seemingly refers to her brief relationship with Jake Gyllenhaal. In the short film, the singer incorporated a red scarf that addresses a scarf her ex didn’t give back to her.

Well, years later, the scarf is still a topic of conversation and while Taylor Swift didn’t get the award, for this reason, the story she told evidently resonated with many others.

In her speech, Taylor Swift shared her gratitude in getting this prestigious award for her work.

For me, tonight feels brimming with a genuine camaraderie between a bunch of people who just love making stuff. Who love the craft. Who live for that rare, pure moment when a magical cloud floats down right in front of you in the form of an idea for a song, and all you have to do is grab it.

While the singer had a big night at the awards, the singer also noted the title of one of her songs which are set to be released in October. The album is at least one month away.

Recently, Taylor Swift took to TikTok to announce a track from her upcoming album Midnights. In a playful TikTok series called Midnights Mayhem with me, the singer made use of a lotto-themed game to decide which title she will be sharing.

Before choosing a ball, Taylor Swift mixed the balls in the above fashion and released a ball from the lot. Upon picking up the ball, the Style singer revealed the ball to be number 13. Which meant that the track 13s title would be revealed.

To make the announcement, Taylor Swift reached out to a red phone and revealed that the title of track 13 is Mastermind. See the video below.

📹 | Taylor Swift will be announcing the #TSmidnightTS tracklist via TikTok!

— The first track she has announced is Track 13 titled ‘Mastermind’ pic.twitter.com/6rrz3aqhqm