After most of the country was up in arms over the typhoid fever outbreak, health minister Phaahla assures that no water sources are contaminated. 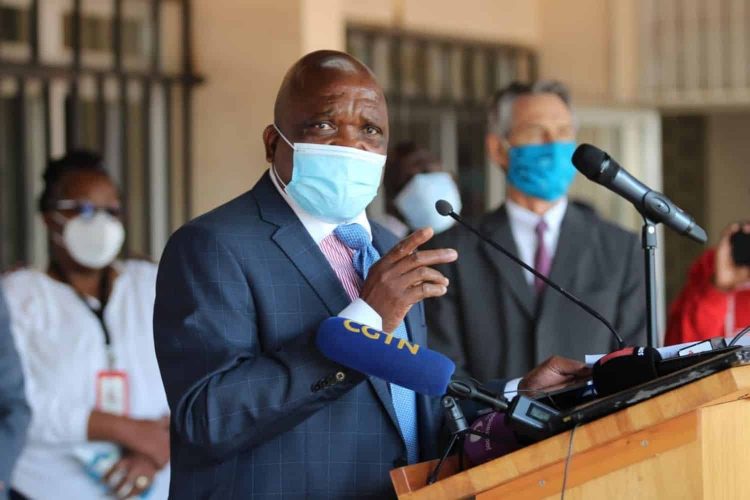 Over the last two weeks, certain provinces in South Africa received various warnings of a typhoid fever outbreak. However, according to Health Minister Joe Phaahla, there is no need to panic.

On Thursday Phaahla confirmed that, despite there being an increase in cases in Gauteng, Western Cape and the North West, typhoid fever is in an endemic phase. This means that it is much more regular than expected, but it is under control.

And when typhoid fever warnings began arising, many officials warned citizens against the municipal water. But Minister Phaahla was quick to say there is no bacteria contamination in the water.

“There is no evidence linking the outbreak of enteric fever, commonly known as typhoid fever cases to municipal water sources anywhere in the country,” said Phaahla.

“Although South Africa is endemic for enteric fever caused by Salmonella Typhi, however, the prevalence of the disease is much lower than most other countries in sub-Saharan Africa. Typhoid remains a notifiable medical condition, meaning that all confirmed cases must be officially reported to the Department of Health.”

The health minister ended his briefing by stating that there have been sporadic cases of typhoid fever for over three years. However, the number of reported cases in South Africa have declined.

This is apparently due to the fact that the outbreak normally only affects a few people in smaller areas.

“According to NICD, there is a localized outbreak, which affects very few people in a smaller area. This situation differs from province to province. The environmental health practitioners routinely carry out random microbiological and chemical analyses of water samples drawn from selected streams and rivers.”