It is unfair for South Africans to be subjected to high electricity prices amid rolling power cuts. 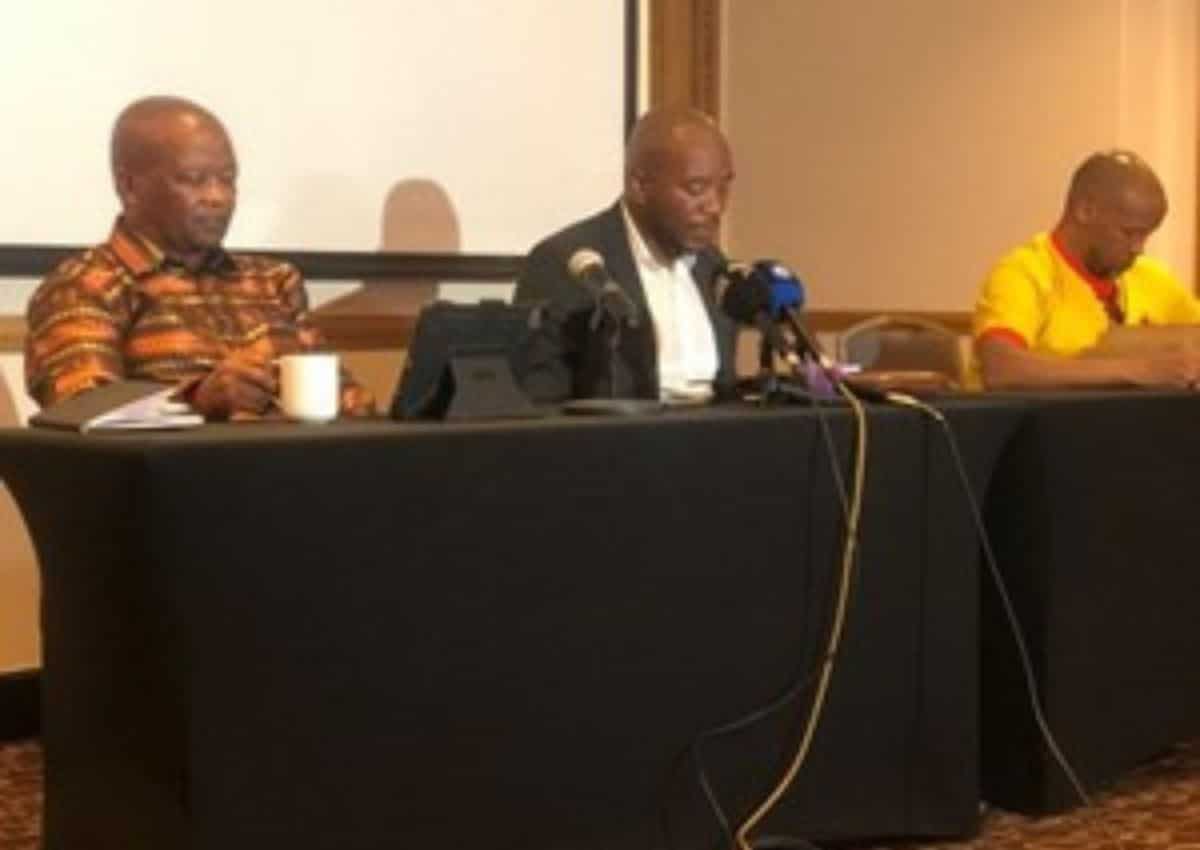 Build One SA leader Mmusi Maimane briefing the media while sitting next to UDM leader and Numasa leader. Photo via Twitter: @MmusiMaimane

Opposition parties and South Africa’s biggest trade unions are due to square off against Eskom in the Pretoria high court on February 28 over load-shedding and the approval of an 18.65% tariff hike.

Earlier this month, the National Energy Regulator of South Africa (NERSA) gave Eskom the go-ahead to hike electricity prices by 18.65%, effective from the start of April.

This comes after the opposition parties and NUMSA sent a letter, issued by Mabuza Attorneys, last week to demand that the minister, outgoing Eskom chief executive officer Andre de Ruyter and the government as a whole meet certain demands by January 20, failing which they would launch a court challenge against load shedding and the tariff increase.

The Democratic Alliance (DA) and civil society organisation Not In My Name International also confirmed they would be taking the government to court over the tariff increases.

Bosa’s leader Mmusi Maimane said it is unfair for South Africans to be subjected to high electricity prices amid rolling power cuts.

Maimane said he hoped the judiciary acts in the people’s best interest by reviewing Eskom’s implementation of a double-digit electricity price increase.

“We need a government that is accountable and our action in court requires the state to be held accountable for its actions on load shedding.”

The three organisations said they are requesting the hearing to take place on 28 February 2023.

Holomisa said when load shedding happens, many public hospitals lose the ability to provide proper services. Although may do have generators to provide backup power, it is not a sustainable option.

Horoscopes and Lucky Numbers for 24 January 2023