The robbery was unsuccessful as the gunmen were unable to break open the doors in order to access the back of the truck. No money was stolen. 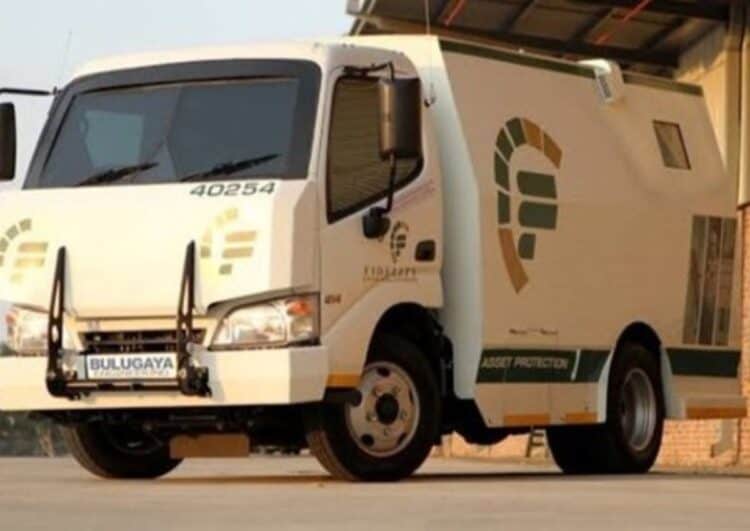 Two fidelity security guards were injured in a botched cash-in-transit heist on Monday 3 October, in the evening. The incident occurred near the Golden Highway, near Sebokeng Square.

Following the big bang heard by community members in Sebokeng, residents came out in their numbers and stormed a cash van searching for money which may have been left by criminals after a CIT heist.

It is alleged that the attackers were travelling in a white Mercedes-Benz Sedan.

Lieutenant-Colonel Robert Netshiunda, the national police spokesperson said the police in Gauteng are searching for an unknown number of suspects following an attempt cash-in-transit robbery.

“It is reported that the driver of the cash truck and his crew member were driving along the above-mentioned route when their vehicle suddenly came under fire from suspects who were travelling in a white Mercedes-Benz sedan,” he said.

Netshiunda added that the cash truck eventually lost control and crashed into a ditch where it came to a standstill.

Video footage of the attack circulated on social media and shows scores of people surrounding the cash-in-transit van.

“Flying squad police members who were in the vicinity responded to the incident and their vehicle was damaged, reportedly by community members who wanted to help themselves to the cash,” he said.

Fidelity CEO Wahl Bartmann said the robbery was unsuccessful as the gunmen were unable to break open the doors in order to access the back of the truck. No money was stolen.

Netshiunda warned members of the public not to contaminate any crime scene or tamper with crucial evidence.

“Taking left-over money during a cash-in-transit robbery constitutes a crime, and perpetrators will be dealt with in accordance with the law,” he said.