Glenvista High School will have to fund repair work of its charred assembly hall, the Gauteng Education Dept said. 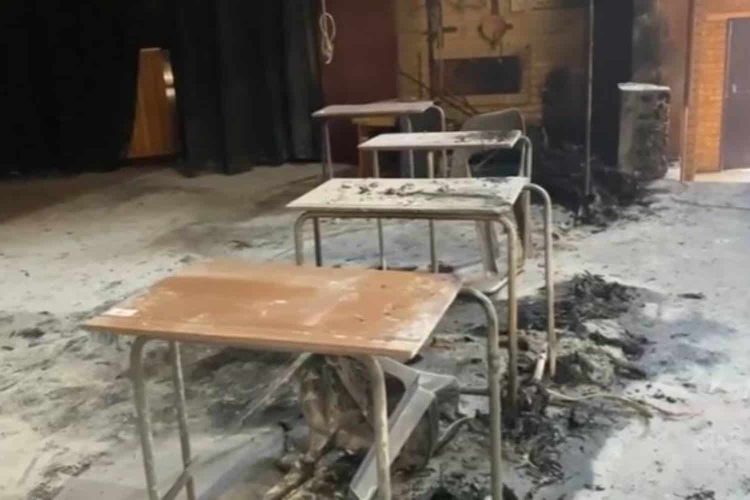 Matric pupils from Glenvista High School in Johannesburg South will have to write their exams outdoors after a fire, deliberately started to delay the assessment process, damaged the main hall.

Video footage of the inferno that engulfed the school’s assembly hall surfaced on social media on Monday.

According to a statement released by the Gauteng Education Department, a group of matriculants allegedly conjured up a scheme to have the exams postponed by torching the hall’s curtains as a means to accelerate the fire.

“Fortunately, the fire was extinguished before causing major damage. However, the curtains, projector screen, electrical wiring and PA system in the school hall were damaged by the fire,” the department noted.

Here’s footage of the inferno as well as images of the aftermath:

Gauteng Dept will not fund repairs

Gauteng’s Education MEC Phanyaza Lesufi paid the school a visit following the incident. The MEC confirmed that a criminal investigation has been launched to track down and charge the pupils responsible for this premeditated arson attack.

While a full assessment of the damage and its cost have yet to be concluded by the school governing body, Lesufi confirmed that the education department will not be assisting Glenvista High with repairing the torched assembly hall.

“We are devastated to discover that learners could go as far as committing an act of arson, destroying school infrastructure in the process, just to escape an important assessment. As such, we will not fix the damages caused by this fire,” the MEC said.

In a counterproductive turnout, matric pupils from Glenvista have been forced to write their exams at the school field, fully exposed to nature’s elements.

For Lesufi, the karma was too sweet.

Yesterday they burnt the school hall because they didn’t want to write an exam. Today, they wrote the exams outside. So sad 😭 #GlenvistaHigh ⁦@EducationGP1⁩ ⁦@Steve_Mabona⁩ pic.twitter.com/rUEr0td5oW

The impact of COVID-19 has been lower in Africa. We explore the reasons