Powering our appliances and charging our smart devices night and day is something many take for granted. 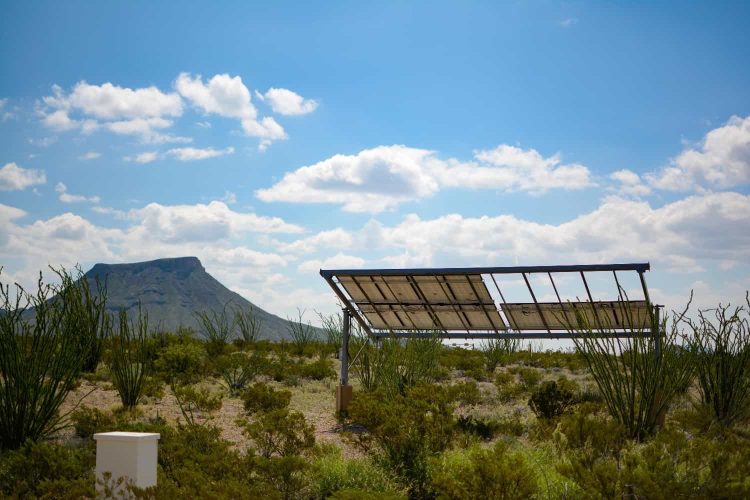 Photo by Gene Jeter on Unsplash

Powering our appliances and charging our smart devices night and day is something many take for granted. Yet 789 million people living in remote communities and isolated areas globally do not have access to electricity. If we include the people who are not connected to their national grid, the number rises to 1.4 billion.

Households that fall outside of their national grid predominantly rely on standalone diesel generators, which create problems. Diesel generators have numerous toxic byproducts, such as benzene, arsenic and formaldehyde, alongside their carbon emissions. Bulk transportation and long-term storage of diesel fuel pose significant environmental threats for these communities. Millions of litres of diesel have spilled and polluted land and water.

Renewable mini-grid energy systems are central to reducing diesel dependency in remote communities. Mini-grids are small energy distribution networks that are separate from the main energy grid. Unlike micro-grids that can power one or a few units, mini-grids can supply the needs of a village, a community with residences and public buildings or sometimes a whole island. However, a significant number of these projects are abandoned shortly after their installation.

As researchers who specialize in sustainable operations, we identified more than 100 renewable mini-grid projects installed between 1995 and 2018 in rural areas across the world to get a better sense of what factors lead to success.

This problem is also very relevant and timely for Canada. About 200,000 Canadians are not connected to the North American grid or natural gas distribution pipeline. Roughly 70 per cent of these remote communities rely on diesel and another 17 per cent rely on other fossil fuels.

Transporting diesel to the communities that are outside the central grid coverage, increases the cost of supply and contributes to societal inequality. Diesel-generated electricity costs per kilowatt-hour are three to 10 times higher than the average Canadian household.

Renewable energy mini-grids can successfully address all these problems. In addition, they reinforce the energy autonomy and sovereignty of remote communities. To this end, an abundance of national and provincial programs now support and fund the development of these projects. For example, Kapawe’no First Nation was awarded $1.5 million to reduce the community’s reliance on diesel fuel and cut down energy costs.

While this all sounds very promising, there is a crucial caveat. It is one thing to install a renewable system in a remote community and a whole other to ensure its long-term, sustainable operation. A lack of community involvement and governance can mean efforts go to waste, as our research shows.

In our recent study we built a database of rural renewable mini-grids installed within the last decade. We systematically reviewed a vast collection of scientific publications, government databases, development agency reports and portfolios of private developers. We investigated the properties and the long-term success of these developments.

Unfortunately, a significant number of these projects fail shortly after their installation. In one particular context, 60 per cent of renewable mini-grid projects were abandoned within just six months of installation. The reasons cited for failure always point to the same challenges: an absence of local maintenance expertise and a lack of acceptance.

On the other hand, successful projects all across the globe share one common property: having local community ownership. Top-down approaches that exclude the community’s voices in project development almost always fail over the long term.

In some cases, small failures make these projects inoperable when no local technicians are available. Misuse and overloading the grid can easily cause these minor failures. A lack of security and local oversight may also mean sabotage or power theft by residents from other communities.

In others, local authorities, community leaders and end-users are not appropriately consulted, and the developed solutions do not align with the community’s energy needs. With no resources for expansion or adjustment, people lose trust in the system and revert to using the diesel technology. Finally, these projects may have poor return on investment due to mismatched expectations of investors.

How to prevent failure

There are some best practices to follow. It is important to align the community’s needs and interest with the project’s objectives. Policy-makers and researchers should start working proactively with communities from the beginning. The credibility of the engagement activities can be increased by co-ordinating the outreach efforts to users, project developers and community leaders. https://www.youtube.com/embed/e8Js_lKpoVc?wmode=transparent&start=0 How solar mini-grids are changing lives in Bangladesh (UN Environment Program)

In terms of the financial success, regulators should carefully design tariffs that generate enough revenue to cover the operational expenses of the project, yet remain affordable for consumers. Additional value can be generated by connecting these projects to local businesses and income generation. For example, the power from the mini-grids can support local industries and public services such as health and education centres.

Finally, community members should be trained and employed in operating mini-grids. Project managers need to make sure people in the community know how to repair and maintain them. Similarly, storing spare parts and maintenance equipment locally would ensure longer lifespans for these projects as the remote nature of these communities mean that some only have large items delivered once or twice a year. Only then, can these communities achieve and maintain true energy sovereignty.