Jacob Zuma was handed a 15-month jail term after being found in contempt of court by the Constitutional Court in June 2021. 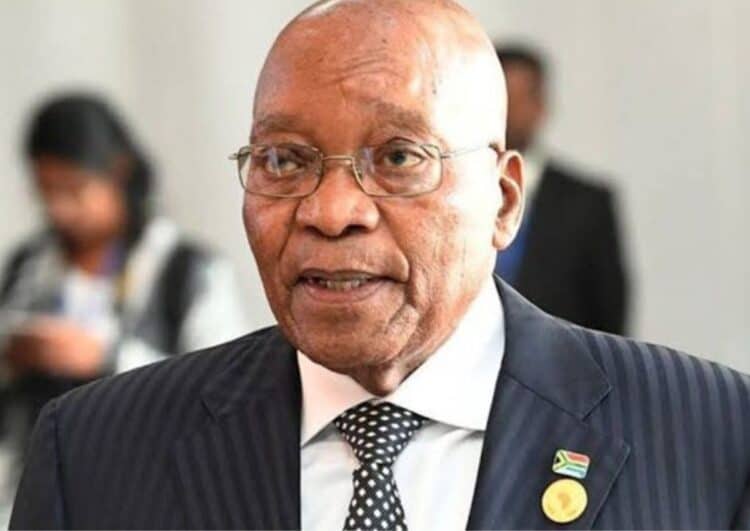 The Department of Correctional Services confirms that Zuma's prison terms has come to an end. Photo via Twitter: @Realthabanim

The Department of Correctional Services (DCS) has announced that former president Jacob Zuma is a free man as his prison sentence comes to an end.

In a statement on Friday, the department confirmed that Zuma’s prison sentence has expired.

Zuma was handed a 15-month jail term after being found in contempt of court by the Constitutional Court in June 2021.

The former president had failed to comply with the ruling from the Constitutional Court which forced him to appear before the Commission of Inquiry into Allegations of State Capture.

His arrest led to widespread protests in KwaZulu-Natal and in some parts of Gauteng. The 2021 July unrests resulted in shops being looted and infrastructure being damaged. Some people even lost their lives as the unrest waged on following the arrest of Zuma.

After serving part of his prison sentence at the Estcourt Correctional Centre in KwaZulu-Natal, Zuma was released on medical parole in September, which is still in contention.

At the time, the former president had a surgical procedure recently having been initially hospitalised for medical observation for an undisclosed illness.

The department’s spokesperson Singabakho Nxumalo said Zuma upheld the conditions of his parole and has now been released from the restrictions.

“As a department, we are able to affirm that Mr Zuma did comply with his medical parole placement conditions and was being monitored by our Kranskop Community Corrections.”

Meanwhile, on Wednesday, Zuma fired back at arguments that his “leaked” medical note wasn’t confidential.

He said he didn’t want his family, and especially his children to know about his health problems.