The Simola Hillclimb in Knysna is here again. Motoring enthusiast can apply now for this premier motorsport event. 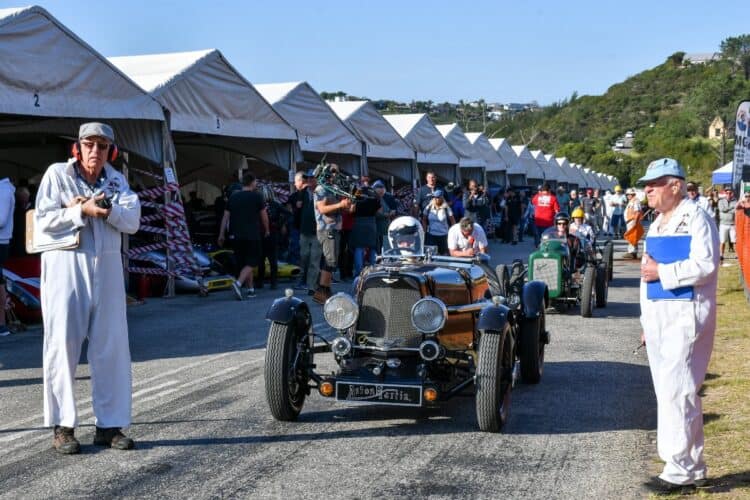 KNYSNA, South Africa, 3 October 2022 – It’s that time of year again when the most fervent and passionate automotive enthusiasts submit their entry applications for South Africa’s premier motoring and motorsport lifestyle event – the Simola Hillclimb in Knysna.

This event has grown in stature and support across South Africa and internationally, and is held in the highest regard amongst both competitors and spectators. Its success has been built on a proven formula of delivering a truly unrivalled line-up of iconic cars and legendary drivers that take on the challenging 1.9km Simola Hill course each year.

The 13th edition of the Simola Hillclimb takes place from 4 to 7 May 2023. As a strictly invitational event, competitors can submit their entry applications for next year’s event online at www.simolahillclimb.com from 1 October 2022.

“Our goal for the Simola Hillclimb each year is to keep the entry list for both Classic Car Friday and King of the Hill fresh and entertaining. This has certainly raised the bar for competitors hoping for selection, and guarantees an adrenaline-fuelled spectacle of the highest order for the fans,” says sporting director Geoff Goddard.

“Every year we see the calibre of entries being raised even higher, with a significant number of cars being prepared or built just to compete at the Simola Hillclimb,” Goddard says. “We are consistently oversubscribed for Classic Car Friday and King of the Hill, and entry applications are considered according to specific criteria to ensure that we deliver the very best experience for competitors and spectators alike,” Goddard says.

The closing date for entry applications is 31 January 2023, and competitors that have been accepted will receive a formal invitation by 10 February 2023.

The astonishing diversity of cars competing in Classic Car Friday is always mesmerising, ranging from the golden oldies of the 1930s to more contemporary road cars and pure-bred racing machines leading into the 1980s, with a total of 66 entries taking to the start line.

Class H1 for pre-war cars will follow the handicap format successfully introduced for the 2022 Simola Hillclimb. It emulates the style of racing that was common during this era, allowing vastly different cars to compete against each other by setting target times, and then trying to beat or come closest to these times.

For the rest of the field it’s a straight head-to-head competition, starting with Class H2 for pre-1965 road cars. Pre-1985 road cars have been split into two classes for 2023 to level out the playing field – H3 for four-cylinder cars, and H4 for rotary/five-cylinders and above.

Pre-1970 tin-top saloon racing cars are grouped into H5 for four-cylinders and H6 for rotary/six-cylinders and above, while their more modern counterparts from the pre-1990 period are featured in H7 and H8 respectively based on the engine type.

The serious purpose-built racing machines compete in Class H9 for pre-1981 single-seater, sports cars and GTs. All vehicles competing in Classic Car Friday have to be based on the period-correct specification in terms of design, aerodynamics, engine and transmission with no modern electronics or sequential gearboxes allowed.

The action-packed programme kicks off on Thursday 4 May with scrutineering for all the competitors invited to compete in Classic Car Friday, followed by an afternoon parade through Knysna. A full day of competitive action commences on Friday 5 May, comprising three practice runs, three qualifying runs, Class Finals and the Top 10 Shootout to crown the Classic Conqueror who earns a hand-crafted ‘Jody Trophy” in honour of South Africa’s only Formula One champion, Jody Scheckter.

King of the Hill

If you want to see the wildest and most powerful cars in South Africa – along with many of the fastest drivers in the country – then you simply cannot miss the thrilling King of the Hill at Simola Hillclimb. Scrutineering takes place on Friday 5 May, ahead of the parade through Knysna.

There are three different categories covering a maximum of 84 cars that will compete in the two-day event on Saturday and Sunday (6 and 7 May), with each of the overall winners crowned King of the Hill and earning a highly prized Jody Trophy.

Class A is for Road-going Saloon Cars and Supercars, which have to be in showroom specification with no modifications, are road-legal and use original equipment tyres. Classes A1 to A4 are split between two and four-wheel drive cars as well as engine type comprising either four-cylinder, or 5/6-cylinder and rotary which can be turbocharged or supercharged. A5 is for naturally aspirated 5/6-cylinder and rotary engines, A6 for naturally aspirated eight-cylinders and above, and A7 is for force-fed versions of the latter. Class A8 is home to hybrid, electric, hydrogen or solar-powered vehicles.

Class B moves the performance needle even higher for Modified Saloon Cars, starting with B1 for naturally aspirated four-cylinder machines. B2 and B3 separates the two and four-wheel drive unlimited four-cylinder entries, with B4 and B5 following the same format for unlimited five-cylinders and above.

Naturally aspirated six-cylinder/rotary engine cars fall into B6, with eight-cylinders and above grouped in B7. Race-developed alternative energy vehicles compete in B8, while the mean and modified SUVs and bakkies compete against each other in B9.

Class C is home to the fastest cars at the Simola Hillclimb, led by five-time Single Seater and Sports Prototypes King of the Hill champion Andre Bezuidenhout. He will once again be the man to beat, having set an astonishing new record time of 34.161 seconds at the 2022 event in his specialised Gould GR55 hillclimb car, which competes in C3 for single-seater racing cars with five-cylinder engines and above. Classes C1 and C2 are for force-fed and naturally aspirated four-cylinder cars, respectively.

The sports prototype endurance racers are split between C4 (four-cylinder naturally aspirated), C5 (four-cylinder unlimited) and C6 for five-cylinders and above.

More information on the Simola Hillclimb is available on the website: www.simolahillclimb.com